BitDefender is one of the leading antivirus products on the web, and it’s in league with other big names like Symantec, Norton, Avira, and other similar software and programs providers.

That said, BullGuard is no pushover, either. In fact, they seem to be gaining in popularity despite being a much younger firm than BitDefender (full review here!).

At any rate, it’s tough deciding between two antivirus software providers. This, because the choice will impact the user computer for some time. What’s worse is that some providers are able to block more threats than their competitors while simultaneously producing fewer false positives.

It’s not a decision to be taken lightly because the future of your computing device and your data need protection from the ravages of hackers and malware.

So, to help you make an informed decision, we’re going to peel back the layers of BullGuard and BitDefender anti-virus programs to see how well they compare. First off, let’s have a short discussion about the antivirus providers’ software architecture. 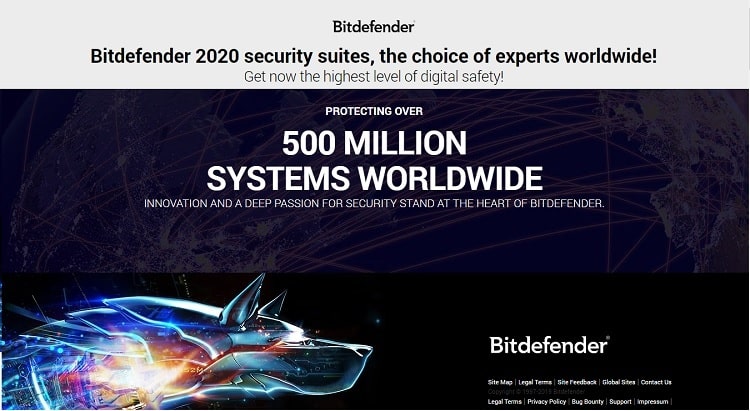 I also want to take a minute to compare the raw statistics concerning how well each programs provider performs. Independent tests have been run to see how well each antivirus software program performs (false positives, successful virus detection, etc.). But before we dig into that information, I did want to point out something interesting.

It seems that BullGuard and BitDefender programs are very closely related in terms of the back-end malware identification code and algorithms used to detect viruses. It seems that part of BitDefender’s intellectual property is their virus detection and removal software.

This software is referred to as a third-party engine, and oddly enough, they are one of the few antivirus vendors that permit other entities and firms to develop products using their code libraries.

The details of their agreement are a little murky, though it seems it is some type of licensing model. As such, you’ll find a lot of different antivirus products that look and feel very similar to BitDefender software, though some of these third-party developers create inferior products. BullGuard (full review here!) does, in fact, use the BitDefender engine, though they are a quality provider.

Some of the lesser-known and questionable antivirus security providers who use the BitDefender engine include ArcaBit, Ashampoo, Emsisoft, eScan, and Hauri. However, there are many respectable and more successful products and programs that use the same engine, such as F-Secure.

I’d also like to point out that even though many of these software providers use the same BitDefender engine, that doesn’t necessarily guarantee the same level of antivirus efficacy.

The success of an antivirus product at identifying and blocking threats lies in how the back-end engine is implemented. That said, I must admit that I was surprised to see the BitDefender software performed so much better than BullGuard anti-virus software.

However, I would like to point out that no antivirus software program is ever going to be able to prevent 100% of viruses. BitDefender protection software was simply able to block all of the tests in a lab environment. Still, this data is a good indication that BitDefender is quantifiably superior, albeit only by a narrow margin, of warding off malware threats as opposed to BullGuard.

Now we need to compare each programs provider’s pricing model, which is one factor that people are most concerned with. But before we dig into the details of their pricing models, I’d like to point out that both providers offer a free version of their service as well as a free trial of their full antivirus service.

In fact, you can download BullGuard’s free trial without needing to enter any payment card data, which helps you avoid being automatically billed should you forget to cancel the trial. Furthermore, BullGuard security solution provides a free version of mobile antivirus as well. Right now, BullGuard security software is running a promotion that makes their antivirus product cheaper than most other providers. However, I’m interested to know how much it will cost after the promotional period. Without the special promotion, BitDefender is actually a little bit cheaper. But you’re basically looking at a difference of $5-$10 dollars for a one-year subscription.

That said, you might find BitDefender to have slightly better value, especially when you consider that they offer protection on up to 3 PCs with a one-year subscription. Even though it may seem a little counter-intuitive, I think that BitDefender actually has better prices for a few reasons.

First of all, it costs less per PC with their subscriptions. And even though BullGuard is cheaper right now, over the course of the next year, they may very well be higher priced to the end of a promotional period. And you also need to consider that BitDefender offers a more granular payment structure, with more options regarding the length of subscription and the number of devices you wish to secure. 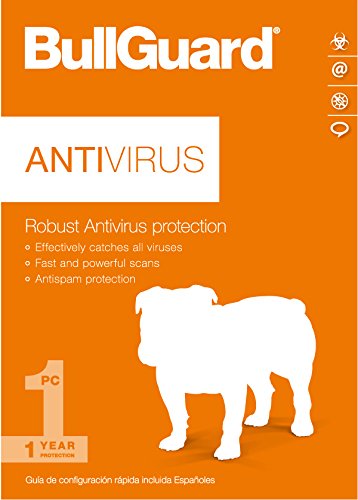 Given that BullGuard is based on BitDefender code, it shouldn’t be a huge surprise that BullGuard doesn’t have as many features. Still, both of these products are primarily antivirus tools, so they’re both going to lack advanced features more commonly found in Internet Security suites.

However, the following provides a high-level overview of BullGuard’s feature set:

While this isn’t a comprehensive list of features that will help you stay safe on the Internet, I think BullGuard does a good job of covering all the major features you’d expect to have with an antivirus product. However,

As you can see, BitDefender has more advanced features than BullGuard. I’m a little surprised that they included some of these features in their antivirus product, too. It’s far more common to see a lot of these advanced features packaged together with Internet Security suites instead.

Between BitDefender] and BullGuard, I have to say that I think BitDefender is the superior service for several reasons. First off, BitDefender is cheaper when you don’t factor in an ephemeral holiday promotion. Plus, they allow you to secure more devices with a single subscription than BullGuard.

That may not sound like much, but I think it’s significant enough to sway those of you on the fence towards BitDefender.

Since their prices are so close, wouldn’t you rather opt for the solution that’s been proven in independent testing to block more threats? After all, that’s the main purpose of antivirus software solutions in the first place. All it takes is one threat to trash your computer and wipe out your data, so I think that even a 2.1% improved chance of blocking malware is significant.

In summary, here are the reasons why I liked BitDefender more that BullGuard:

Keep in mind, however, that I wasn’t displeased with BullGuard at all. The truth is I thought they were a very competent providers and still blocks threats more successfully than other alternatives, such as Microsoft. I just think that given pricing, you get more bang for your buck with BitDefender.

So come, with the value that represents a BTC of course that is the favorite of many but not the safest or most recommended of the market. The BTC has many shortcomings in itself, its system is not very secure and it is the cradle of great global scammers, so I think that your preference is not very exquisite. Tracey Palmer Natividad

Because the admin of this web page is working, no doubt very shortly it will be well-known, due to its quality contents. Mame Leonerd Garrott

Can I just say what a aid to find someone who truly knows what theyre speaking about on the internet. You definitely know learn how to deliver an issue to light and make it important. More folks have to read this and understand this side of the story. I cant imagine youre no more standard since you undoubtedly have the gift. Nanice Launce Helse