Bitdefender Antivirus Plus has previously topped out with the major testing labs as offering exceptional virus and spyware protection.

Bitdefender is a 18-year old company launched in 2001 offering a number of different security products over the years.  The latest version of its antivirus protection has undergone an interface redesign offering new security features that enhance protection for your home PC. The following are just a few of the security products that Bitdefender has to offer:

Clearly, Bitdefender has a lot to offer, but do its security solutions provide the best bang for your buck? Is it worth the investment, or is Bitdefender just another lemon? I’ll help you answer those questions by picking apart the prices, features, and real-world threat prevention efficacy of Bitdefender.

I have to say, wow – that’s quite a laundry list of features that surpass the functionality of most other competitors. Given that there are so many advanced features, I can easily see why Bitdefender costs a little more than the average provider, and I think the quality justifies the price.

I was pretty impressed with the free version of the software, and think that it offers more features than the average free antivirus program. For that matter, it even includes better features compared to some paid subscriptions’ low-end plan. If you’re strapped for cash or just don’t want to spend money on an antivirus application, then you could certainly do a whole lot worse with another provider.

The free version has four main features, as follows:

While I do wish the free version had more features, it’s still refreshing to see a free version include web security features. Too many free antivirus solutions only slide by with the bare minimum, which is infection identification and removal. These days, you really need a tool that can help actively protect against web threats, even if it is only a free version. Next, we’re going to take a closer look at how the software actually performed. The core value of any antivirus application is its ability to prevent viruses and phishing attempts from attacking a user’s system and to identify and remove any viruses that have already infected a system.

Every single antivirus provider will claim that they can protect against viruses, malware, spyware, adware, and more, but not all antivirus applications were created equal.

Some are simply more effective at removing viruses, some have a lower impact on your system performance, and some generate more false alarms. By comparing these metrics, we can objectively measure the efficacy of the actual antivirus portion of the software. To that end, I have included data from av-tests that shows how well Bitdefender scored compared to the other leading solutions.

The data measuring Bitdefender’s performance is as follows:

On the whole, Bitdefender performed extremely well. There are only two areas that concerned me. First of all, I thought its anti-phishing score was relatively low. A 9% margin of error may not sound like a lot, but I personally think its a rather low score. Comparatively speaking, however, Bitdefender was able to perform better than other anti-phishing tools, but there are two caveats.

First of all, you need to purchase the version of Bitdefender with phishing protection. Secondly, the most recent anti-phishing data is a little stale, since it was collected in 2015.

Additionally, Bitdefender wasn’t a leader with regards to having the smallest impact possible on the host system. It did blow several other competitors out of the water, but as you can see on the graph, it performed close to average compared to other solutions. So it’s not the best, but certainly not the worst in terms of system performance impact.

That said, note that Bitdefender scored tremendously high in terms of antivirus efficacy.

Bitdefender has continued to score high with independent testing labs for offering solid virus and spyware protection. A few of the pros and cons include:

Bitdefender is available at a cost of around $49.99 here which covers up to 3 devices in one year.  The devices can include PCs, laptops, smartphones, and tablet PCs.  There is no free trial for this version of Bitdefender.

The bottom line is Bitdefender Antivirus ranks high on the list of PC protection products for this year.  The company also offers a host of other PC protection suites, including those that are designed for Mac devices.

Final Run: Is Bitdefender Worth it?

So, what does it all boil down to? Would I recommend this antivirus solution? You bet I would! It’s superior to the majority of other antivirus applications in so many ways. First and foremost, I think it’s feature set isn’t missing anything, and can offer complete protection.

In fact, I think the password manager and file shredder may even be overkilling a little bit since most people could (but probably wouldn’t) download those tools from third-parties for free.

Also, Bitdefender scores very high in the lab tests, and showcased its ability to thwart viruses at every turn. And that’s the whole point of antivirus software, isn’t it? I didn’t have goo-goo-eyes for the price, but I did think the price was reasonable and easily justified. So, I would highly recommend giving this solution a chance.

Lastly, if you were turned off by the price, then please take advantage of the free version!

How does BitDefender compare to other antiviruses? 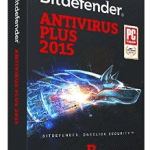 Hi, this weekend is pleasant for me, for the reason that this time i am reading this enormous educational paragraph here at my residence.

It's actually a great and useful piece of information. I am glad that you simply shared this useful info with us. Please keep us informed like this. Thanks for sharing.

Bitdefender vs AVG Comparison: Which is Right For You? - The Digital Guyde

[…] and they can detect new and zero-day vulnerabilities. Two of the top choices in this category are Bitdefender vs […]

The Best Linux Antivirus Software for 2020 - The Digital Guyde

[…] BitDefender Antivirus is only nominally more expensive than Avast, and starts at $39.99 for 1 device for a year’s worth of protection. They too have jumped on the Linux bandwagon to keep up with the competition, and their service was also designed to have an extremely low impact on system performance. […]