If you are a media junkie, then you have probably already heard of Kodi. If not, perhaps you have been too absorbed in the latest content to discover you can access almost all of your favorite shows for free. Yes, you heard me right. Kodi is an advanced multimedia center that can be downloaded completely free of charge.

Kodi does have some competitors and similar products such as Plex and SmartTV’s. The idea is to allow a user to download all of their content via an IP network instead of needing to rely on traditional cable network connections. Believe it or not, an IP television actually has access to more content that your traditional run of the mill cable package.

For instance, you’re not going to be able to view YouTube content on a traditional cable television.

The truth is a lot of content has gone digital. Netflix was likely the first big media company to go digital, but since then, many other have followed suit. There are many types of content that aren’t available through cable networks, but Kodi systems have the best of both worlds. Not only can you stream digital content, but you can even find apps that stream live cable broadcasting as well.

Unfortunately, digital content is far from perfect. You’ll find that a lot of content isn’t available in certain geographic regions and countries because it is blocked an censored for several reasons. First of all, content is blocked due to trade regulations and license agreements. Netflix is available in just about every country in the world, but there are heavy restrictions.

For instance, many countries don’t have full access to all of Netflix’s content. But this is just one example. Some services like Hulu are only available in select areas like the US and Canada.

Another example is the BBC iPlayer, which is only available in the UK. These restrictions are a real pain in the neck when all you want to do is catch up on the latest episode of your favorite television drama.

Other times content is restricted because the government has deemed it to be morally, religiously, or culturally offensive. One prime example of this type of filtration is China (e.g. the Great Firewall of China). I’m sure you’ve heard that they’ve completely blocked the entire country from accessing sites like Facebook and YouTube in the past.

Part of the reason for the censorship is that social media platforms and YouTube host videos that have extremely offensive political messages.

The good news is that no matter where you are in the world, you can easily unblock geo-restricted content on your Kodi device. The method you use to unblock geo-restricted content varies a little depending on the device you are using, but ultimately they are all the same. All you have to do is use a VPN tunnel in conjunction with your Kodi device to access your favorite content, grab the remote, and start watching. However, it’s worth noting the two main ways to use a VPN tunnel.

The first way is to simply run a VPN application on the host system (like a tablet, laptop, smartphone, etc.). It’s by far the simplest way, but note that not every device supported by Kodi is capable of terminating a VPN tunnel. If your device isn’t supported by your VPN provider, all you need to do is use a flashed router (running either Tomato or DD-WRT).

Once you have upgraded your router, it will then be capable of acting as a VPN endpoint. As long as you connect to a VPN server in the right country, your entire network will be able to access content without restrictions, regardless of the number of simultaneous connections allowed by your provider.

Digital content is primarily controlled and blocked by use of IP addresses, which are four-number addresses separated by periods (i.e. 192.168.1.12). IP addresses are distributed by geographic location. So by examining an IP address, an ISP or network engineer can safely determine what country that user is from.

But VPN tunnels mask your IP addresses with one from another country. The VPN server acts a bit like a proxy server, or a middleman, to help you access blocked content. Because they are intermediary systems in the country where your content is hosted, they can make requests to the content servers on your behalf.

After the content provider (like Hulu or YouTube) has sent the video data to the VPN server, the server then sends that information back to your computer. With few exceptions, the content server is none the wiser that you’re accessing the data from a foreign location.

With that said, let’s take a closer look at the best VPNs for Kodi.

ExpressVPN is our first pick for Kodi users, mainly because they have performed well time and time again in speed tests. If you’re streaming a lot of music and HD video, you’re going to want a fast connection. And they have servers in all the most popular geographic regions where gated content is frequently hosted (like the US and the UK). Right now they have servers in 78 countries and 100 different locations, so you have tremendous flexibility with regards to which country you want to connect to when ublocking content.

However, you may want to use a flashed router, because they only allow simultaneous connections between 1 mobile device and 1 computer. Also, ExpressVPN does cost more than most other VPN providers. With an annual subscription, they cost $8.32 (For the latest prices and discounts, check here) per month, though they generously offer a 30 day money back guarantee.

PIA VPN is my second pick for users who want to unlock content for their Kodi multimedia system. One reason PIA VPN is great for unlocking content is because they have over 3,100 servers and a lot of IP addresses. Though it is rare, some content services (especially Hulu) tries to block VPN service providers’ IP addresses.

Since PIA has so many servers and addresses, it’s very hard for Hulu to successfully block them. And though they only have servers in 24 countries, they will accommodate most users needs since they have servers in all the most popular areas. I really like how they allow 5 simultaneous connections per account, and they even allow P2P and Bit Torrent traffic over their network.

They don’t have a free trial, but they do have a 7 day money back guarantee and they’re one of the cheapest providers in the industry. With an annual subscription, they only cost $3.33 (For the latest prices and discounts, check here) per month.

TorGuard VPN is also a good fit for several reasons. They have over 1,200 servers in 42 countries, which is more than average providers have. Like PIA VPN, they too allow up to 5 simultaneous connections per account, though they do have tiered packages with different features. Users can connect to the VPN servers using OpenVPN, PPTP, and L2TP/IPsec. 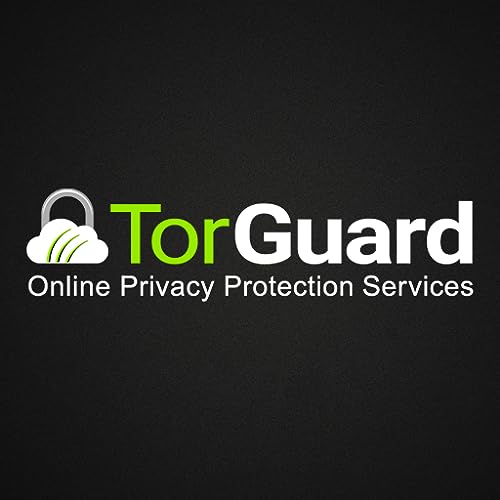 TorGuard VPN
$0.00
Check Price
We earn a commission if you click this link and make a purchase at no additional cost to you.

Vypr VPN has server coverage that’s on par with the previous providers. To date they have over 700 servers in 50 countries. I’m a little disappointed that they only allow 2 simultaneous connections per account like ExpressVPN, but they don’t limit them to 1 mobile device and one computer. VyprVPN
$0.00
Check Price
We earn a commission if you click this link and make a purchase at no additional cost to you.

They don’t have a money back guarantee, but the do have a free trial to let you test their service with your Kodi device.

Vypr VPN does have a tiered package model, but you can get the Pro version of their service for as little as $6.25 (For the latest prices and discounts, check here). I really like the extra security features they include such as a VPN kill-switch and per application tunnel routing.

Last but not least is PureVPN, and they have one of the most expansive networks of servers than perhaps any other VPN provider. Right now they have over 500 servers in 140 countries. They are moderately priced, and a long term subscription makes the monthly price plummet to $4.16 (For the latest prices and discounts, check here).

Like PIA VPN, PureVPN also allows 5 simultaneous connections per device, and they support all the major operating system platforms.

Using a VPN tunnel is the easiset way to unblock geo-restricted content, but I would caution you from trying to use a standard proxy server. Regular proxy servers don’t usually have guaranteed speed and uptime, and they don’t do anything to make your data invisible with encryption.

If you end up selecting a provider that only allows 2 simultaneous connections, you may want to go ahead and use a DD-WRT or Tomato router. Doing so will allow all of the devices that connect to your network to use the VPN tunnel. At any rate, you can unblock all of your favorite content for Kodi for as little as $3.33 per month, which is about the cost of 1 cheap fast food meal.

Thank you for recommending purevpn, it really works amazingly

[…] But today, that’s all changed, and chances are you can find just about any show or video content online. The problem is that if you don’t have a Smart TV, your television can’t inherently access streaming Internet channels. […]