At the turn of the century, virtualization technologies were still in their infancy. Once VMWare, as a forerunner in the virtualization space, was introduced to the world, it changed personal, corporate, and data center computers around the world. Multiple operating systems could then be abstracted and run on the same physical hardware – some can even run on the same hardware simultaneously.

Two decades ago, if you wanted to run two different operating systems, you had to buy two separate computers altogether. But today, we are blessed to live in an era with virtualization technologies that allow us to run two or more operating systems on the same laptop or desktop, even if you have a Mac.

Bootcamp is undoubtedly the most popular virtualization software solution for Mac users and is frequently used to dual boot between Mac OSX and Windows.

On the other hand, VMWare has been tried and true for 20 years. If you’re like most people, you’ve probably asked yourself, “Which one is better?” Today, I’m going to help you answer that question by breaking down the features, limits, and capabilities of each virtualization technology. 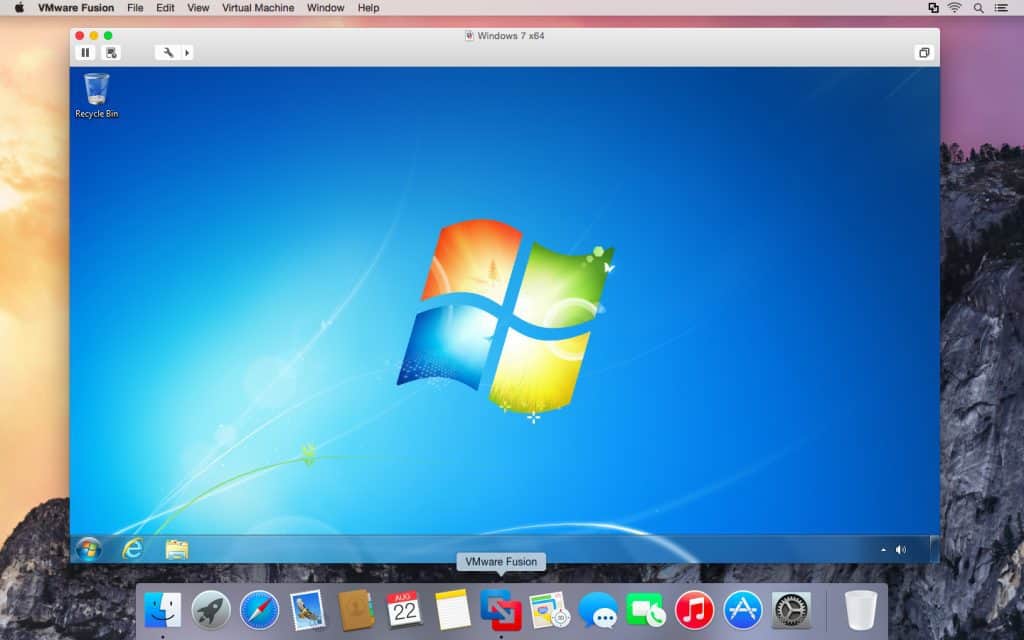 The Main Differences Between Bootcamp vs VMWare

The Main Differences Between Bootcamp vs VMWare are:

This section will be appropriately brief because you can get Bootcamp and VMWare absolutely free. In fact, Apple recognized that so many of its users faced the problem of dual booting with Windows that they decided to include the Bootcamp Assistant in the operating system by default. Likewise, VMWare Workstation Player, which used to be called Player Pro, is VMWare’s free version.

The high end and commercial versions of VMWare, such as VMWare Workstation Pro and Fusion Pro, cost money.

For all intents and purposes, however, we will be focusing on VMWare Workstation Player.

A Note Regarding Product Keys and Security

Basically, you don’t need a product key to install Windows 10 on Mac, though you will have the option to pay money and upgrade to a licensed copy at a later date.

Furthermore, when you go about running your new Windows 10 installation for the first time, I highly recommend turning off as many of the default settings as possible. Why do that, you ask? Well, a lot of the settings were designed to mine data and send that information back to Microsoft.

Telemetry data, usage data, mouse data, and all kinds of other information will be sent to Microsoft unless you turn off these settings. During the initial setup, look for an option labeled “Customize settings,” and flip as many of the switches you prefer to the left to the “Off,” state. 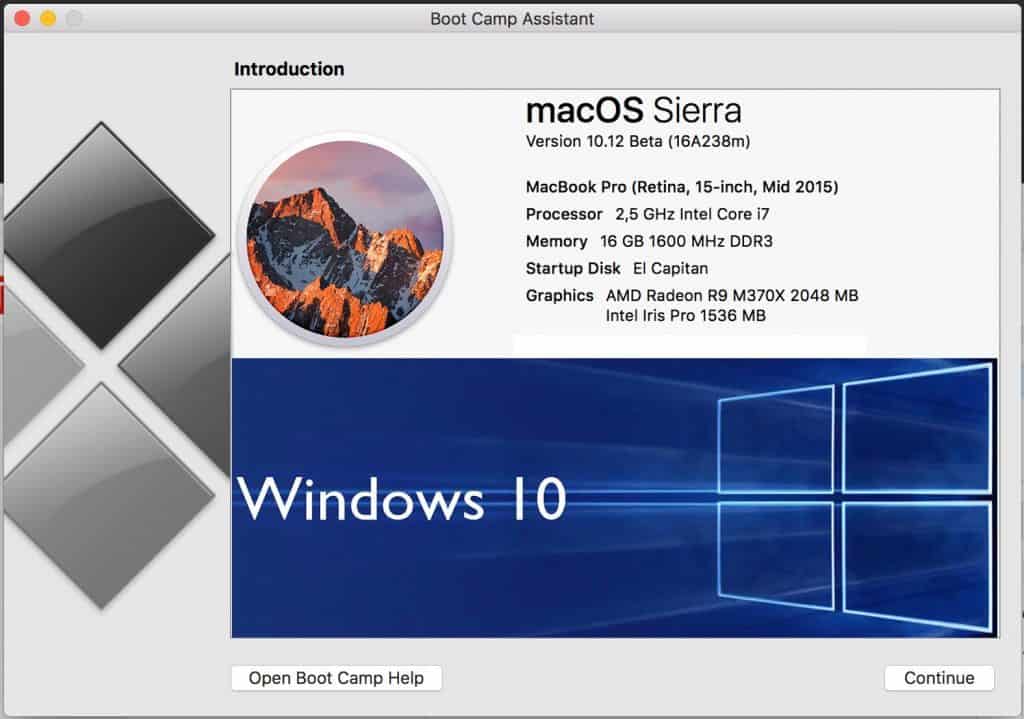 The choice to use Bootcamp over VMWare depends largely on your situation and what you are trying to accomplish. Be aware that as an Apple proprietary software product, Bootcamp is only available on Mac OSX.

However, VMWare Workstation Player is available on all the major operating systems, namely Mac OSX, Windows, and Linux. Also, note that this review is more of an identification of solutions rather than a direct comparison between Bootcamp and VMWare. Why is that, you ask?

Well, the operating system you’re using often predetermines which solution is available to you in the first place. For instance, if you’re running a Windows or Linux machine, Bootcamp isn’t even an option.

Furthermore, I think that VMWare is a superior virtualization software solution overall because it is much more flexible and versatile than Bootcamp. Nevertheless, Mac users do have the option to run either Bootcamp or VMWare, so let’s walk a mile in their shoes and see what problems they face.

Really, it boils down to one of two options. Option one is the ability to install Windows os to the hard drive of your Mac and boot to either Mac OSX or Windows exclusively at one time.

Option two is to create a virtual machine in VMWare and run both operating systems at the same time. Basically, with option two, you’ll be running Windows on Mac OSX. Let’s more closely examine the benefits and drawbacks of each.

Installing Windows to the HDD with Bootcamp

Directly installing Windows to the hard drive of a Mac alongside OSX seems to be the typical solution for which Mac users most frequently opt for. And it does have several advantages.

Also, note that you will only be able to boot to one operating system at a time. If you are currently running OSX and want to enter a Windows environment, you’ll have to reboot your Mac. This may feel a bit tedious, but there is a massive advantage: efficient utilization of system resources.

When opting for this method, 100% of your system resources (CPU cycles, RAM, etc.) will be devoted to a single operating system. As such, this solution is much better for people who need to take full advantage of a Windows environment and run resource-intensive applications.

In summary, the following outlines the advantages and disadvantages of installing Windows to the HDD of a Mac with Bootcamp: 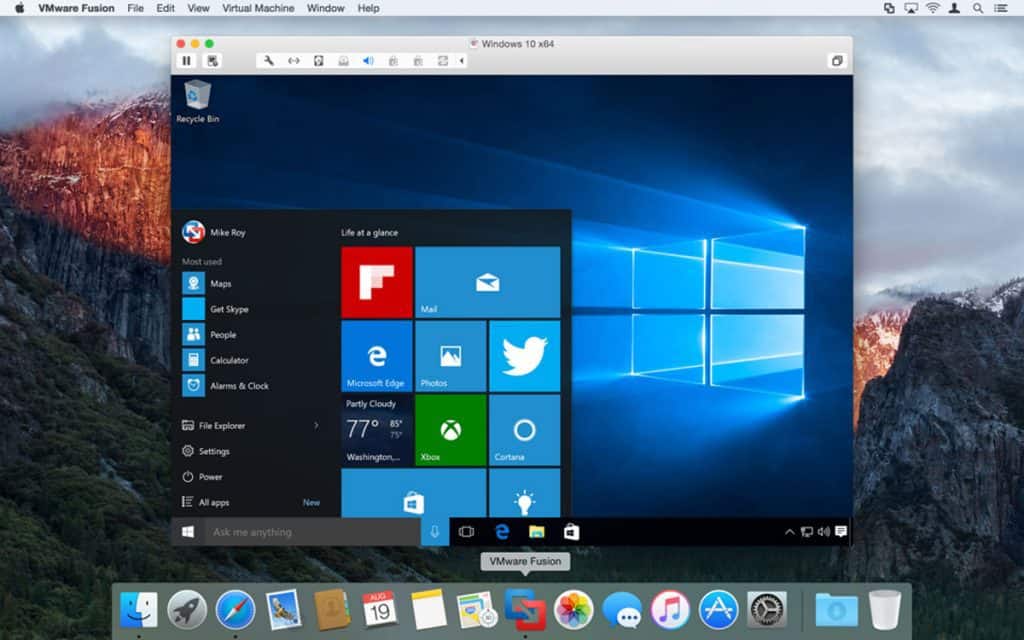 Running Windows on Top of Mac OSX with VMWare

On the other hand, you can choose to install Windows within your Mac OSX operating system with VMWare. As mentioned earlier, it is free to download VMWare, but since it isn’t included by default on Mac OSX, you’ll have to run through the install process.

It really isn’t tedious or frustrating by any stretch of the imagination, but it will take a little bit of time. Additionally, you will need to download a Windows 10 image.

I am personally a huge fan of VMWare, and even though you’ll need to download and install it, VMWare will serve as a great “playground” where you can sample additional operating systems, like Linux, before committing to installing it on your hard drive.

But there is a large disadvantage. Your Mac OS resources will be divided among the host operating system (Mac OSX) and Windows running in VMWare. In short, if you need high performance in your Windows os environment, this isn’t the best solution.

However, if you only need access to one or two lightweight Windows applications every now and then, this is the superior solution. It’s also worth noting that you don’t need to reboot your Mac to boot Windows since they can both be run at the same time. This could be a huge time saver if you frequently need to boot to Windows for small tasks.

In summary, the following outlines the advantages and disadvantages of running Windows in VMWare:

Does Windows 10 Work With Bootcamp?

It is possible to install Windows 10 on your Mac by downloading Microsoft’s Windows 10 ISO and the mac OS Boot Camp Assistant. The install process is slow, but is not difficult to configurate.

Do Games Run Better on Bootcamp?

Yes, games should run significantly faster under OSX and with Windows / Bootcamp, but, that domes with some perks. Your PC might be more prone to accumulate virus and it will be annoying to have to restart your Mac in Bootcamp every time you want to play.

Really, I think what it boils down to, at least from the perspective of a Mac user, is how fast your hardware is and whether or not you want all of that hardware dedicated to a single operating system.

For instance, if you wanted to play a Windows-only computer game on a Mac, then installing Windows to the HDD is the way to go. Last but not least, if you’re a Windows user, note that VMWare is obviously the preferred option, though there are other third-party virtualization applications at your fingertips.

Check out how Bootcamp and VMWare compare to others