Virtualization technologies have been growing exponentially over the last few years, and are becoming an even larger part of our modern technological infrastructure. Whether you knew it or not, you probably already use virtualization services multiple times a day without even realizing it.

Whether it’s a web server that’s hosted on a virtual machine or a redundant virtualized Netflix server, virtualization technologies help drive down costs in data center environments, corporations, and even in personal home use scenarios.

But dual booting can be a bit of a pain in the neck because it requires you to shut down all of your applications and reboot your computer to switch between operating systems.

This is often tedious and undesirable, and in some situations, not even an option. Fortunately, desktop virtualization software technologies like VMWare and VirtualBox allow you to load multiple operating systems in memory (RAM), which allows you to instantaneously and effortlessly toggle between your OS of choice. And there are a lot of benefits and reasons for wanting to do so.

For instance, consider that using a virtual machine will give you access to software that wasn’t written for the host operating system, such as games, network tools, or office applications. VMs are also a great way to try out a new operating system without making permanent changes to your hard drive’s partition structure or bootloader, which can have some ugly results if you mess up the configuration.

Furthermore, virtual machines are a necessity for coders and application developers who want to test their applications in different environments.

Whatever your reason for wanting to use a virtualization technology, there are plenty of options at your disposal. I will be as objective as possible as I compare two of the leading virtualization providers: VMWare and Oracle VirtualBox.

These aren’t the only two options, however, and the virtualization industry has several large key players. But in home and student environments, these two options are pretty darn popular.

So, let’s pick apart these services to see what they were made for, what they can do, and how much they cost. Let’s start with the prices.

The Main Differences Between VMWare vs VirtualBox

The Main Differences Between VMWare vs VirtualBox are:

For starters, I would like to point out that VMWare and VirtualBox both offer free versions. So if the price is your utmost concern, don’t worry: you aren’t forced to use one solution over the other because of cost. That said, both brands do have paid versions, as well. In fact, almost all of the advanced features are included in the paid versions, which aren’t cheap.

The basic free Virtualbox and VMWare versions, however, will still allow you to create and run virtual machines as you see fit, but they aren’t really appropriate for commercial applications. 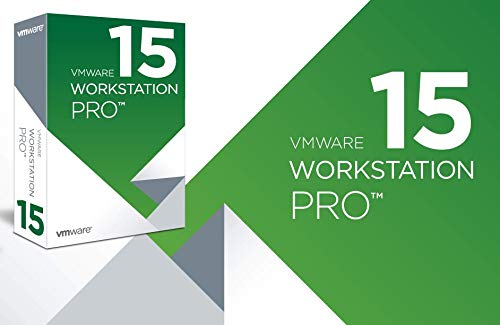 At any rate, the following outlines VMWare’s features:

It seems that there aren’t any discounts when you by multiple licenses of the Pro version at the same time. And as you can see, the full commercial license for VMWare isn’t cheap. However, note that Pro users are entitled to free updates as they roll out, and that this isn’t a subscription service.

So I suppose the price is justified since you can use the software and license for years to come. 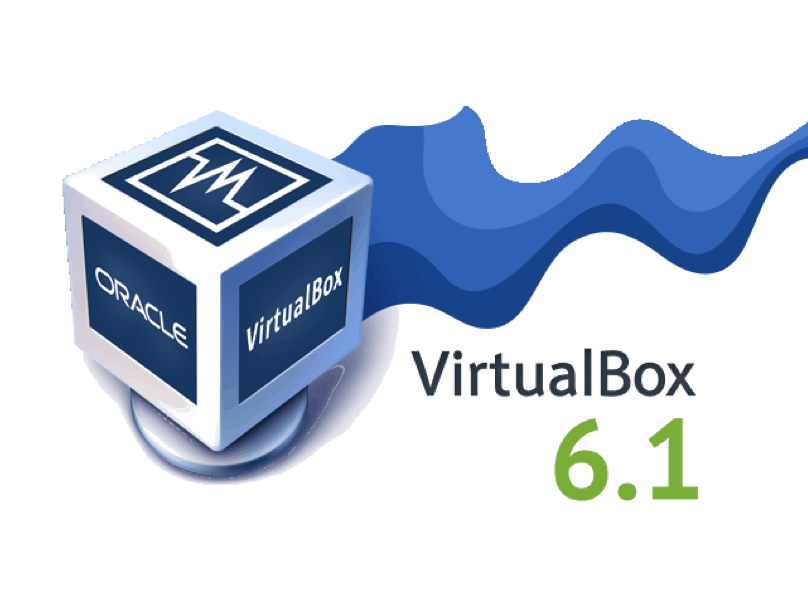 I found the VirtualBox paid license a little odd since the minimum quantity you can buy is 100. Still, it’s great that it’s so cheap, which definitely offers stiff competition to VMWare for enterprise users who only have a need for a handful of VMs.

So, as far as the pricing is concerned, I think that VMWare is the better option for enterprises that have the need for an extremely large number of virtual machines, with exception to enterprises that are already in a VMWare environment.

The task of transitioning to another platform would be monumental, which is why some enterprises still opt for VMWare, despite the higher price tag. For personal users, however, you can really choose any platform you want.

I would recommend VMWare for personal use due to bias, but since they’re both free, you can test out both to see which one you like better. But to help you make that choice, let’s dig into the features section. 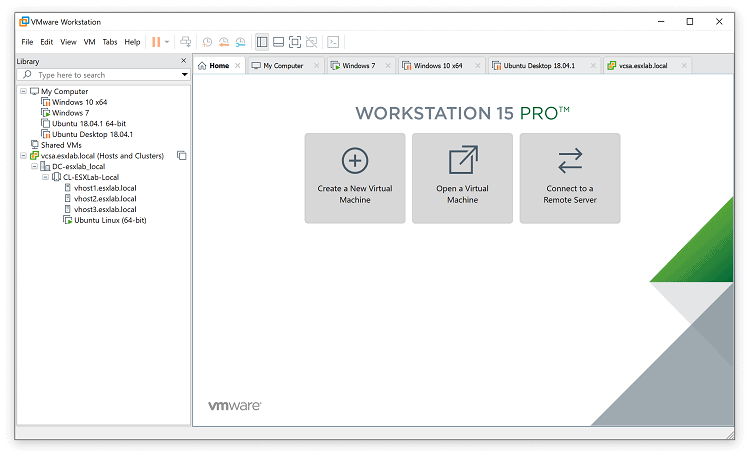 Anyone who has used VMWare in a non-professional or home setting may already know how to download and install virtual machines. But VMWare Workstation is much more than a tool that allows you to try out new versions of Linux or make a copy of your Windows environment and run it on another machine.

It actually has some extremely powerful capabilities that were specially designed for use in business settings. So, let’s go over the features of the Free version as well as the Pro version.

The free version is named VMWare Workstation Player, and includes the following features:

That’s a pretty impressive and long list of features, especially since we’re talking about the free version. I was surprised to see that it even included installation support for the first month, which is great if you’re still learning the ropes.

However, it’s pretty darn easy to install, so I’d be surprised if anyone who is capable of actually using the software has issues installing it. But as you can see above, the real core feature of the free version is to create and run virtual machines for non-commercial use.

The paid version, on the other hand, is a completely different animal and is named VMWare Workstation Pro. The latest version is 15.5, and includes the following features:

Clearly, the Pro version has a lot more features, which makes sense. VMWare creates a lot of solutions that are used by enterprises, and many of their solutions belong in a data center. If you’re looking for a virtualization software technology to use at the office, then you may want to consider VMWare Workstation 15 Pro.

Also note that neither of these are exhaustive lists of features. Instead, I only sought to highlight the main features. There are myriads of smaller features too numerous to name without writing a book on the subject, such as the ability to bridge virtual networking interfaces and the ability to emulate networking hardware like virtual Cisco switches.

Nevertheless, this should give you a clear understanding of VMWare Workstation’s capabilities. 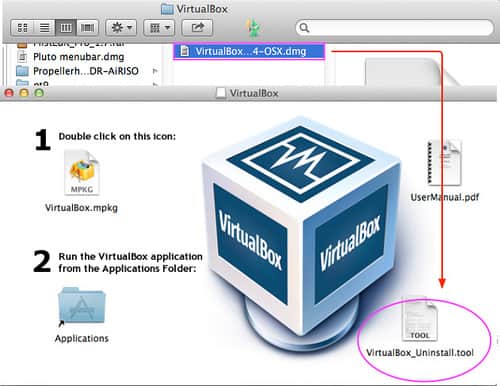 Oracle VM VirtualBox was a little more vague about some of its features, which left me scratching my head. For instance, one of its listed features is “high performance,” whatever that’s supposed to mean. However, I think one of the biggest features is support for VMs on platforms like Solaris (another Oracle VM product) and Mac OSX.

The following lists Oracle VirtualBox’s set of features, some of which are a little vague:

Note that the majority of these features are included in the paid version, which is still ridiculously cheap compared to VMWare. The free version lacks most of the advanced features and is really only good for creating and running virtual machines.

Which is lighter VMware or VirtualBox?

Oracle VM VirtualBox is lighter than VMWare. However, VMWare can support more then VirtualBox.

Why do we need virtual machines?

What are the disadvantages of using a virtual machine?

Of course, using virtual machines has its cons. They are less efficient than the real deal because their access to hardware is indirect. You basically run software on top of the host operating system which means that it will have to request access to the hardware from the host and that makes it slower. 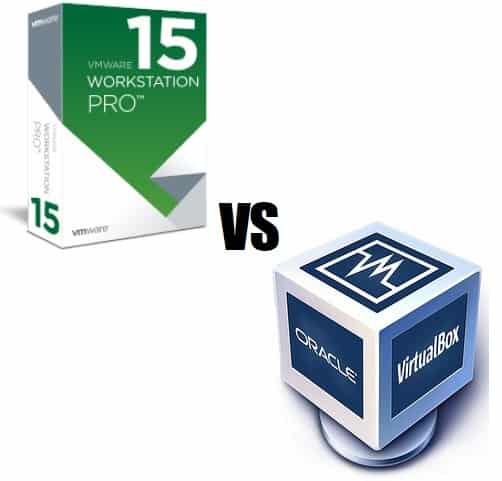 In my honest opinion, VMWare is far superior to VirtualBox in most scenarios, with two exceptions. The first exception is an environment where you want to virtualize Solaris systems. Since Solaris and VirtualBox are both Oracle products, it makes sense that they should be used together. Also, VirtualBox is better for businesses with highly constrained budgets and a need for fewer than 100 VMs.

In all other cases, I would recommend VMWare, however, because of superior features and universality. In fact, even if you have a need for fewer than 100 VMs, I might still recommend VMWare, because you never know how your needs will grow in the future, and migrating VMs from one technology to the other is a costly endeavor.

Lastly, if you’re a free user, I would recommend VMWare as well. It has better features and is used more than VirtualBox, but please feel free to download them both and test them out