When it comes to the Tunnelbear vs Private Internet Access, which one is right for you? Private Internet Access VPN is one of the most price competitive service providers in the VPN industry. You’d be hard pressed to find another quality provider that has a cheaper long-term subscription option. That said, Tunnelbear is unique in its own right because it is one of the rare few VPN service providers that offer a completely free service.

However, there are some strings attached, and their free service is extremely constricted and watered down. So let’s see just how well these two providers stack up against each other in every aspect of their service.

In a Rush? Here’s my Bottom Line up Front: Overall, I think that PIA VPN is a more suitable alternative that offers more value at a better price (check the latest deals on PIA here) for most users.

For starters, we need to compare each VPN service’s network of VPN servers. This is one key factor that varies greatly among various providers, and it could have a heavy bearing on your choice. You’ll find that most VPN service providers always have servers in the most popular areas, such as Hong Kong, Singapore, the United States, the UK, and other popular locations. Past that, it might be harder for people living in more remote corners of the world to find a VPN server that is outside their country, yet still nearby, in order to introduce the smallest amount of latency to their Internet connection as possible.

Let’s start by analyzing PIA VPN, which has approximately 3,100 servers in 24 countries. They are always adding new servers and locations to their network, but they are interesting because of how concentrated their servers are.

Some VPN providers try to span as much as the globe as possible but spread themselves a little thin in terms of capacity per location. PIA VPN takes the exact opposite approach and makes sure that they have an immense amount of capacity in the few select countries they operate servers.

Because they have so many servers and IP addresses, it makes it very hard for streaming content services like Hulu to block all of their IP addresses. This makes them an optimal choice for people wishing to unblock geo-restricted content within the US.

I didn’t run into any capacity constraints during the test (as we’ll see later), but I can only imagine that if I used them regularly, I’d run into a bottleneck from time to time. They simply don’t have servers in as many countries as PIA VPN, they don’t have near as much capacity as PIA VPN, and they don’t even advertise their locations, countries, and server status on their website.

So for this section of the comparison, I’d definitely have to say the PIA VPN wins by a landslide.

It’s not all doom and gloom for TunnelBear, though, because they do have some great features to their service. First of all, note that they do allow 5 simultaneous connections per paid user account, which is far more than most other providers.

In lieu of a completely free service or a free trial, PIA VPN has a 7-day money back guarantee, which isn’t anything special. But, it does give users enough time to test out their service and get their money back should they be displeased for any reason.

Conversely, Tunnelbear does provide a free trial that can be used indefinitely, though it does have some drawbacks. First of all, free users are restricted to servers in only 3 different locations. And they don’t cap the speed of the VPN connection. However, most annoyingly, they do limit free users to 500MB of monthly bandwidth. It stinks, but hey…it’s free!

In addition, PIA VPN has some ancillary security features such as DNS leak protection that is absent from Tunnelbear’s service. And before we compare pricing, we should take a moment to compare P2P policies.

PIA VPN allows users to use P2P protocols, so Bit Torrent users won’t be encumbered. Unfortunately, Tunnelbear doesn’t allow P2P traffic across their network, which is yet another point in PIA VPN’s column.

To be honest, we’re really squabbling over fractions of a dollar per month, and they are priced rather closely. But the numbers don’t lie, and PIA VPN wins the pricing war. So, let’s see how they stack up in terms of a speed test. 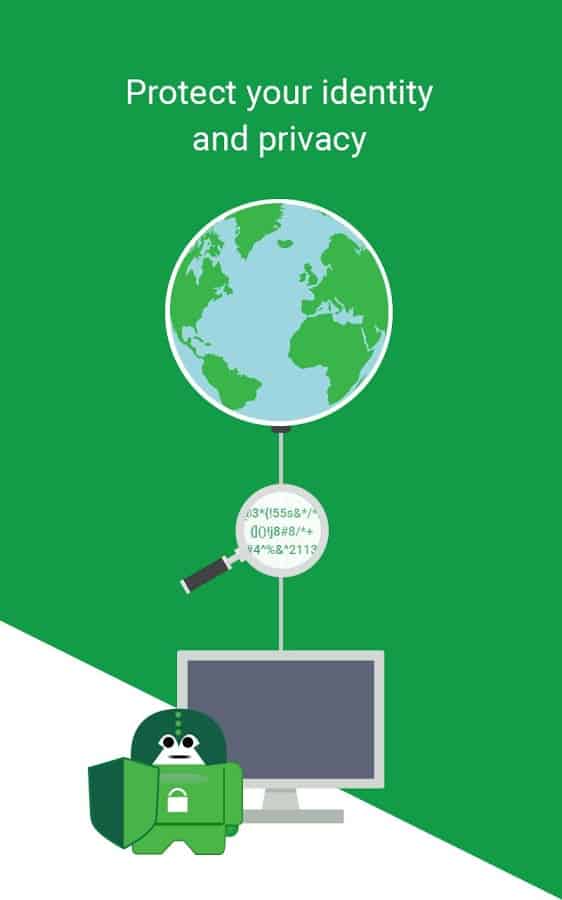 For brevity, the following outlines all of the speed test data for PIA VPN:

For comparison, the following are the results of the Tunnelbear speed test:

I feel a little split and conflicted regarding the results of the speed test. First of all, note that PIA VPN had a marginally faster download rate. But for one reason or another, PIA VPN cut my upload rate by 33%. Conversely, Tunnelbear only cut my upload rate by 18% when compared to when I’m not connected to their service.

And as far as latency is concerned, Tunnelbear beat PIA VPN by a significant margin. Neither provider had terrible latency, but Tunnelbear was certainly faster. If you download more than you host or upload files, I would still have to say PIA is the better option.

But if you use cloud storage or upload a lot of files online, I might actually recommend Tunnelbear. In reality, with exception to the upload speeds, it’s really a tossup between these two providers.

To be honest, the results shocked me, because I expected to run into capacity problems from the get-go with Tunnelbear. To be fair, they do have fewer servers than PIA VPN (PIA has 3,100 servers and Tunnelbear only has 14…yikes).

Who Should Use Tunnelbear vs Private Internet Access VPN

Now we reach an interesting point. Thus far, it seems that PIA VPN has beaten Tunnelbear in just about every aspect of their service. Keeping that in mind, wouldn’t it mean that everyone should just use PIA VPN? Well, not exactly, and the only reason for this is because Tunnelbear offers a free plan.

I can’t justifiably or morally recommend Tunnelbear instead of PIA VPN on account of pricing, features, and global server locations. But what if you’re only on vacation in a foreign country for a few days or a week, and only want a VPN for that short amount of time? In that case, you could use PIA VPN and take advantage of their money back guarantee, but that’s really a hassle.

I think that people traveling for short periods of time or people that only want to unblock streaming content on a special occasion should use Tunnelbear. Come on, they have a free service! It is limited to 500MB, but that should be enough to unlock geo-restricted web content or even to watch a few videos.

The advantage is that you won’t have to contact the support department, open a ticket, and jump through hoops to get your money back.

Having said that, I would recommend PIA VPN for just about any other purpose. They’ve simply been around longer than Tunnelbear, and have built out their network of servers much larger. PIA VPN’s service is much more refined, and they simply have more advantages than Tunnelbear (with exception to the lack of a free plan).

So, if you’re looking for a VPN service to use in the long term, I’d have to recommend PIA VPN over Tunnelbear.

Final Thoughts: Should You Go With Tunnelbear or PIA?

Well, there you have it. It seems that PIA VPN beat Tunnelbear’s service in every feature with two exceptions. Oddly enough, Tunnelbear won the speed test by a narrow margin. Also, Tunnelbear has a completely free plan (available here) (limited to 500MB of data per month) that makes them a great choice for people who need a one-off VPN service instead of a long-term plan.

For users that need a VPN for the foreseeable future, I’d have to recommend PIA VPN. They’re cheaper, they have more security features, and they have servers in more countries scattered around the globe. Now, don’t get me wrong; I wasn’t dissatisfied with Tunnelbear’s performance (with exception to the number of servers they have).

Bottom Line: I just think that PIA VPN is a more suitable alternative that offers more value at a better price (check the latest deals on PIA here).