Everything You Need to Know About Silent Pocket

There are a million and one ways to become the next unfortunate soul victimized by identity theft. Modern hackers and identity thieves are sophisticated and cunning, yet most of their attack strategies are unknown to the average person. As far back as 20 years ago, people had an “it’ll never happen to me” mentality, thinking that, even though there was a risk of digital attacks, the chances were so slim it was much more likely to happen to someone else.

But now its 2021, and people are taken advantage of every day…whether they’re aware of it or not. If you thought the only risk of data theft was hackers wearing fedoras trying to break into your laptop, think again.

Did you know that a hacker equipped with a measly $300 machine and a 6-inch proximity with your wallet can steal credit card data by grabbing information out of thin air with a scanner? I know it sounds like something from a Sci-Fi novel, but it’s genuinely the world we live in.

Basically, hackers can use a special RFID scanner that operates at an extremely high frequency (13.56 Mhz). This type of sophisticated digital pick-pocketing is incredibly difficult to detect because the scanner is so small it easily fits in the hacker’s pocket or within their jacket. Then, all they have to do is nonchalantly stand near your wallet or purse, such as in the line at your local Starbucks, and they can steal boatloads of personal information. 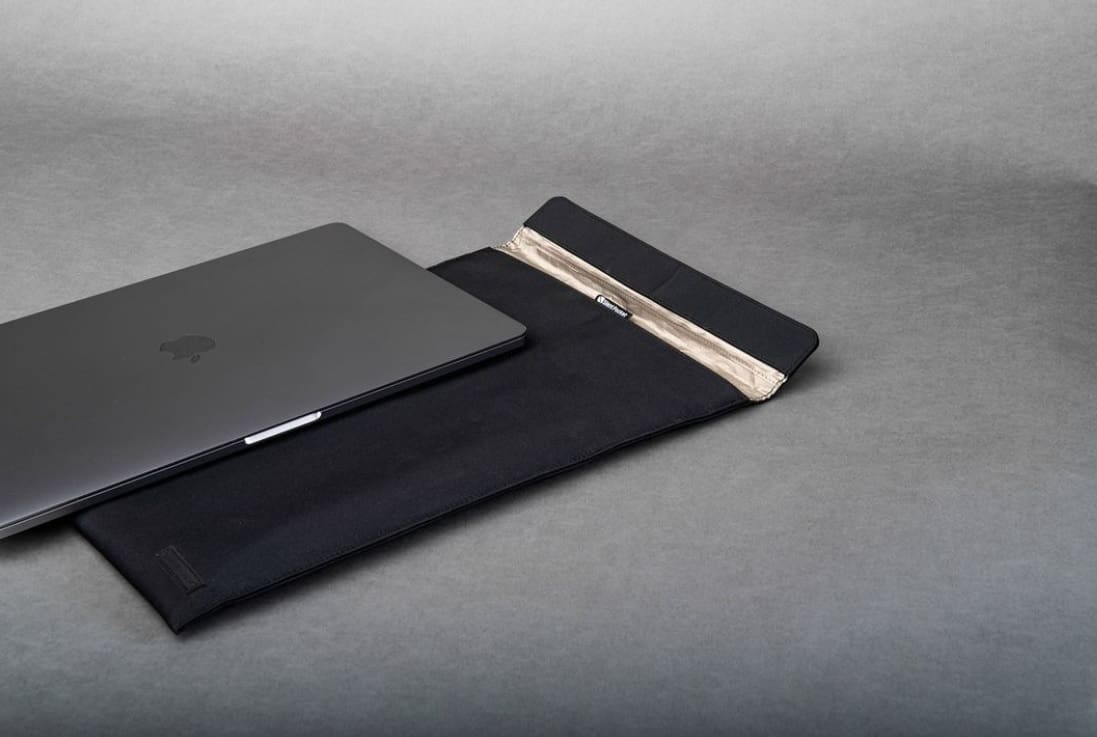 Not only can a hacker obtain payment card data, a hacker can also steal data from anything using underlying RFID technology including key fobs, library books, commercial inventory systems, and many other devices.

Imagine if a hacker was able to steal the digital key that unlocks your car! The good news is that there is a way to protect against this type of scanning attack so you don’t have to worry about a stranger stealing your information.

Silent Pocket was designed to acts as a shield against RFID signal hacking and has a whole range of products designed and tested to prevent these types of attacks. But are they all worth it?

Some of the products hold more inherent value to me than others, and a couple of the products I found downright useless. Before digging deeper, let’s take a look at which products Silent Pocket offers and how much they cost.

There is no single price for Silent Pocket because they have a comprehensive range of products designed to protect all of the sensitive data and information. If you just wanted something with which to protect your credit card data, then getting an RFID/NFC Secure Wallet is a no-brainer. But there are also key fob guards, laptop sleeves, and dry bags as well.

The following outlines the full range of products and their respective prices:

Clearly, Silent Pocket is trying to appeal to different market segments with drastically different needs by offering so many solutions. However, some of these products – especially the more expensive ones – probably don’t apply to the average user. For that reason, I see a higher value in some products but not others.

More specifically, I see the most value in the key fob protector, the card wallet, and the passport wallet. Why are these items more valuable, you ask? Well, I think they solve the most immediate need of preventing a hacker or crook from stealing your key fob or credit card data. And I think that’s most people’s number one concern.

I imagine there is a large chunk of the market that only wants basic protection to ensure their credit card data isn’t stolen. In fact, I myself see that market segment as Silent Pocket’s bread and butter, since it seems to be the type of people the majority of its products were designed for.

If you’re looking for the bare minimum protection that will prevent attackers from stealing your credit card data, don’t worry – you can get a solution for only $9.95. 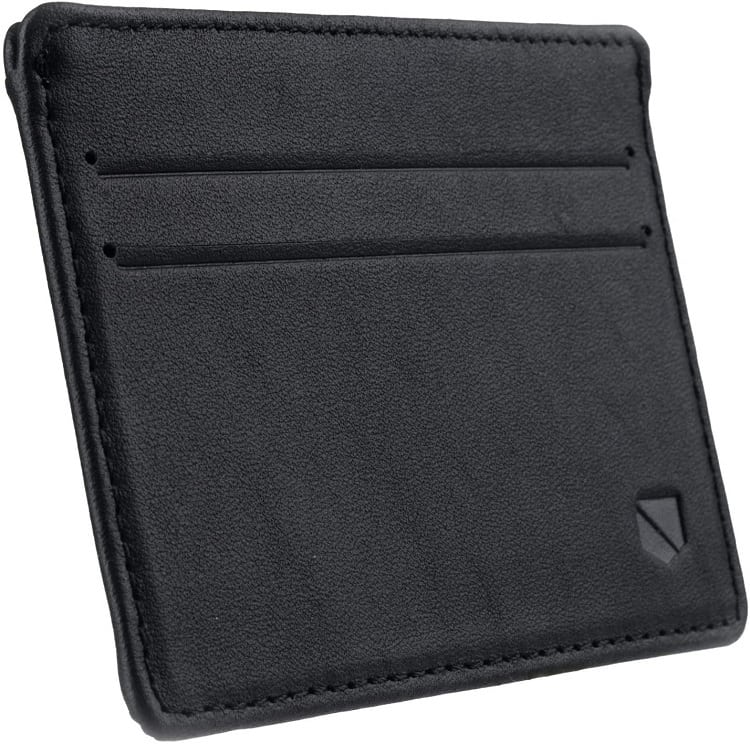 I can say with honesty that the Signal Shield RFID Protection Guard is an immensely useful product that I would recommend. I would also say there is value in the Key Fob Guards as well, which only cost $19.95.

All in all, basic protection is highly affordable, and a no-brainer for anyone looking for affordable protection. Some of the higher end solutions, however, may not apply to you at all, as we’ll discuss shortly.

Additionally, for the low, low price of $9.95 Silent Pocket Webcam Privacy Stickers For Camera Lens Privacy (Black Out), you can purchase webcam stickers designed to block others from hacking into your webcam and spying as you sit in front of your computer.

To be fair, webcam attacks are a massive threat, and there have numerous reports regarding successful hacking attempts, such as the 27-year-old Canadian hacker from 2015.

The real threat of a webcam attack versus a common virus or malware is that you won’t necessarily know that it happened at all. Just imagine some creep on the Internet hacking into your webcam (be it a mobile device or a laptop) and watching every move you make, without ever realizing you had been hacked!

The thought makes my skin crawl. But what’s the best defense against these types of attacks, you ask? Special security software? A uniquely secure model of a webcam? No, you actually don’t need to spend a dime to successfully mitigate these attacks.

There are two things I would recommend doing. First of all, you can disable your webcam within your operating system, which serves as a great first line of defense. For instance, in Windows, you can open the Device Manager, right click on your webcam, and click the “disable” option. Secondly, you can simply put any old sticker over your webcam. For these reasons, I really don’t see value in these laptop webcam stickers.

I can’t honestly recommend paying $10 for a solution that you could probably get for free. These stickers don’t have any special features that prevent light from entering the camera more than any other obstruction. Wouldn’t a simple Post-It Note suffice…or for that matter, any other type of sticker?

The anti-radiation phone sleeves solve a completely different problem, supposedly. Most people (myself included) have read terrifying articles on the Internet detailing the health hazards of mobile devices.

Typically, these types of articles claim that cell phones and mobile devices have been linked to cancer and other maladies due to the phone’s signal and radiation. The phone sleeve is designed to block this radiation, but I currently view it as more of a placebo that will help people rest with peace of mind. 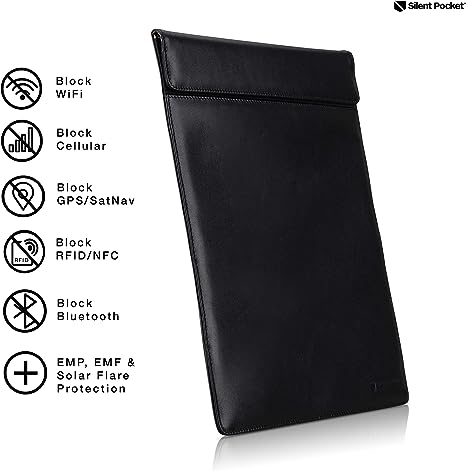 However, although many studies have examined the potential health effects of non-ionizing radiation from radar, microwave ovens, cell phones, and other sources, there is currently no consistent evidence that nonionizing radiation increases cancer risk.”

Furthermore, the National Cancer Institute had the following to say regarding other potentially adverse effects of radio frequencies, “It has been suggested that radiofrequency energy might affect glucose metabolism, but two small studies that examined brain glucose metabolism after use of a cell phone showed inconsistent results.” Essentially, there’s currently no consistent proof that radio frequencies have any negative effects on the human body.

Still, the lack of consistent proof doesn’t yet necessarily disprove the idea that cell phone radiation is unhealthy. I imagine there are plenty of people who will want to play it safe and get a protective sleeve for their phone to simply relax with peace of mind. As for me, I don’t really see any value in it because the burden of proof concerning negative health consequences is absent. For that reason, I cannot recommend it.

For the average user, I don’t really see the sleeves and bags as a necessity, either. But that doesn’t mean I think they’re useless. Quite the opposite – I think they’re extremely useful, but only for a much narrower market segment than the average person who just wants a way to defend themselves against an attack.

The sleeves and bags, I think, hold a lot of value in professional business settings. It would be extremely handy to have a bag, in which you could toss any sensitive data cards like a credit card, to protect everything in one place. 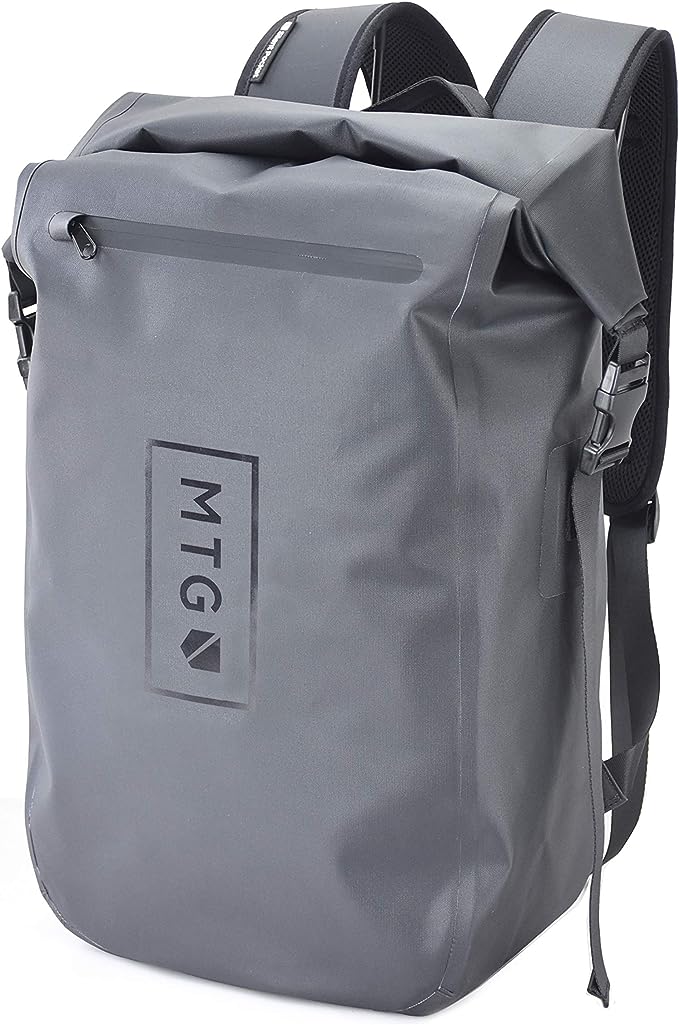 Furthermore, I think they’re great for people who travel a lot. Imagine how many hoards of strangers you come across in a single flight. How do you know whether or not any of them are equipped with a scanner? Do you think the good folks working for TSA would know what is, or even have the ability to confiscate it if it could be identified?

Now imagine that your flight has several connecting flights, and your journey is going to take you through several airports. In such a scenario, the risk of coming in contact with some sleaze-bag who might try to steal your data multiplies. For these reasons, I see an RFID-proof bag as a great asset for traveling. Plus, the bags are waterproof too, so there’s one less thing to worry about.

Silent Pocket has a wide range of security accessories, but I’m not sure I would recommend all of them. I think Silent Pocket’s real wheelhouse is in the RFID scanning security niche, and I would recommend products relating to that category. I can’t, however, in good faith recommend the webcam stickers or the phone radiation sleeves for reasons previously stated.

Nevertheless, I think an affordable $10 solution to prevent crooks from stealing my payment card data has a tremendous personal value. Just think how much money, time, and headaches the $10 Signal Shield RFID Protection Card could save you in lieu of becoming victimized by identity theft.