How to Set CPU Priority to Prefer Foreground Apps

Central Processing Units (CPUs) are a miracle of modern science that allow human beings to offload staggeringly massive calculations onto computer systems. Many techs cast the CPU as the “brain” of the computer system or mobile device. This since the whole system is dependent on the processor.

It is truly amazing how far technology has come and how fast CPUs can run calculations. But if modern processors have become so advanced and lightning fast, why are some computer systems slow?

I’m sure everyone has wanted to bang their head against the wall as a slow desktop computer, laptop, or mobile device slows to a grinding halt, making even the simplest applications move slower than molasses.

There are a lot of reasons your computer is running slow, and they may not have to do with processor utilization.

So first, let’s take a moment to see how to check if your processor is overburdened.

How to Check CPU Utilization

The steps that are essential for checking CPU utilization are different on every platform. However, there’s a way to check real-time usage on every modern platform. I assume the majority of readers are using Windows. Thus we’ll start with Windows and only then move on to Mac and mobile systems.

The following outlines how to check real-time CPU utilization on Windows:

From here, you’ll be able to see real-time data for not only the CPU but for memory and HDD usage as well.

The following steps to view current CPU utilization via the Activity Monitor on a Mac system:

You may feel overwhelmed with the choice of free Android system monitors, though I would recommend CCleaner, CPU-Z, TinyCore, and System Monitor. If, after checking the real-time usage statistics, you notice that your CPU is hardly being utilized at all, there is likely a different reason that your computer or mobile device is running slowly.

For example, if you notice that one of the cores on your quad-core CPU had a usage spike that peaked at 50% utilization, adjusting the CPU settings may only produce modest results. However, if you have a slow or overtaxed processor, setting the CPU priority to prefer foreground apps can make a significantly noticeable difference.

Other Causes of a Slow Computer System 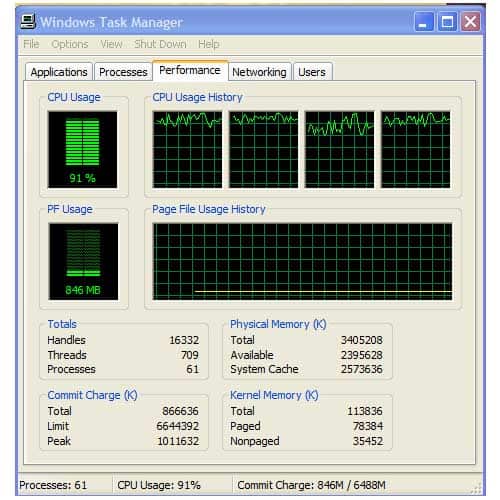 As I mentioned before, if you notice your CPU is far from over-utilized, you may want to try searching for other causes of poor system performance. So naturally, the very first thing you want to do is check your system monitor and CPU utilization during a time when your computer is running characteristically slowly. A few causes of slowly running apps and systems include the following:

There are, of course, about a million other reasons a single computer or device is running slower than a snail. If another cause is to blame, you may not see much improvement in system performance by adjusting the CPU settings to focus on foreground applications. Nevertheless, if you’re adamant that your CPU is to blame, use the following methods.

Unfortunately, there’s no direct equivalent on Android of the Windows setting that allows users to give priority to apps in the foreground. It seems that the Android operating system itself does already give processing priority to foreground apps over background apps, but there’s not really anything you can do to fine-tune processes without additional tools.

There is a tool called SetCPU, but it has several strings attached. First of all, it only works with rooted Android devices. And secondly, it isn’t nearly as general a setting as the Windows configuration. SetCPU will allow you to set CPU thresholds, minimum and maximum, regarding how much processing power is devoted to certain processes.

In fact, it can act like a governor, and make sure your CPU doesn’t expend too many cycles on a given process, which can be used to save battery life too.

You may also want to check out JuiceDefender too, though note that this tool wasn’t specifically designed for tinkering around with your CPU.

Instead, it has ways to set maximum use thresholds for processes by limiting CPU usage. These are the two best options for controlling CPU utilization in Android, so let’s move on the two Windows methods.

The first method of configuring the CPU priority in Windows uses the graphical interface (GUI), so it’s the most fitting for users who don’t have much technical knowledge of the operating system. In order to make the change, you simply need to make one small configuration via Control Panel.

In my opinion, the hardest part of the configuration is finding the right setting, which we buried underneath a myriad of configuration options and a maze of links.

Use the following guide to find the correct setting and give priority to foreground applications: 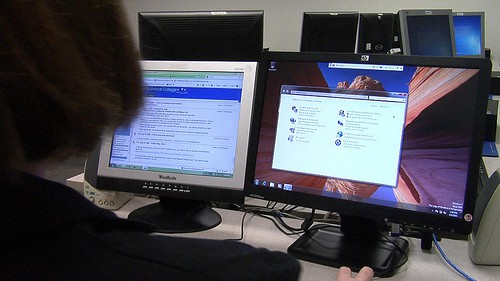 If you were unable to make changes as described in the preceding steps, I’m going to show you a second way to make the same changes. There’s been more than a few times when I’ve run into really weird Windows problems that prevent me from making system changes or prevent me from accessing the Control Panel.

If that’s the case, then I recommend using the second method, which follows next. However, I would recommend that you only follow the second method if you are somewhat proficient with the Windows operating system, and computers in general.

The next method requires editing the registry, which can be a little intimidating if you don’t know what you’re doing. Since you could mess up application settings and configurations for system-wide parameters should you edit the wrong value, please proceed with caution. In fact, I always recommend first backing up your registry just in case, so you have a great fall back point in your back pocket.

Use the following steps to change CPU priority via the registry:

Both Windows configuration methods can be completed in under a minute. But now that the change has been made, how do you know it worked?

Answering the Question: Did It Work? 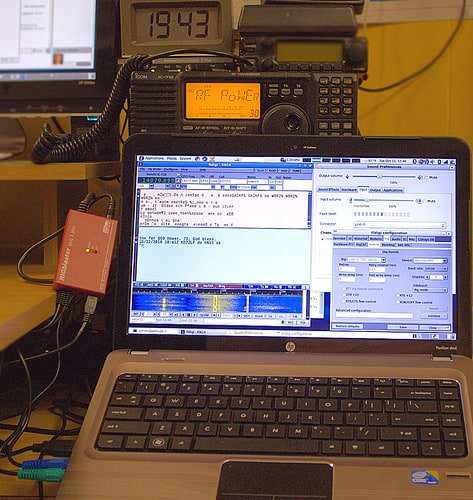 Apart from using a stopwatch to time how long different operations take before and after the changes were implemented, there are really two good options for measuring performance.

First and foremost, you can check current CPU utilization as we did before the changes were implemented. Secondly, there are memory/CPU tests and benchmarking applications that can measure CPU performance. However, if you can’t notice a significant difference after making the changes, chances are there’s another root cause other than a slow CPU.

If that’s your case, then I’d revisit the section that describes what causes a slow computer and start troubleshooting.

Most people don’t have any idea how many background processes are hogging precious system resources and slowing down computers and mobile devices. The good news is that you can easily tell your processor to focus on the applications in the foreground by using this easy guide.