Always, always, always back up your data! It can’t be said enough, or with too much intensity. People who don’t back up their data risk immense challenges in their life, and trying to get data off a compromised system is, in many cases, either extremely expensive or downright impossible.

It is infinitely easier to simply make a copy of your data than it is to try to recover it from a failed system. Trust me, backing your data up now…yes, right now…you can save yourself a lot of pain and frustration.

Though backup programs are incredibly useful, and I recommend you start using one today, another utility you should consider that’s adjacent to backup software is disk imaging and cloning software. Backup software essentially takes a snapshot of your operating system and data and then writes that data into a special backup file.

A disk imaging solution or drive cloner, on the other hand, actually makes a verbatim bit by bit copy of your hard drive. In the event of a virus or hardware failure, the cloned image can be used to replace the damaged disk without missing a beat immediately. You won’t need to restore from a backup file.

However, do be aware that any data not saved since you cloned the drive will be lost. Nevertheless, it’s invaluable to have a restore point in the past, especially if you have a brand new system.

For instance, if you just purchased a brand spanking new laptop, the very first thing you should do is clone the drive before making any changes to the system whatsoever. Why? Because then, no matter what happens, you have a way to reset your laptop to the pristine state it was in when you pulled it out of the box. So, which disk cloning software should you use? And are free applications really worth their salt, or is it better to purchase a product that’s loaded with additional features? You can never be too safe with regards to backing up your data or cloning drives, so today we’re going to take a closer look at two immensely popular hard drive cloning and data backup services: Clonezilla vs Acronis Disk Director 12. 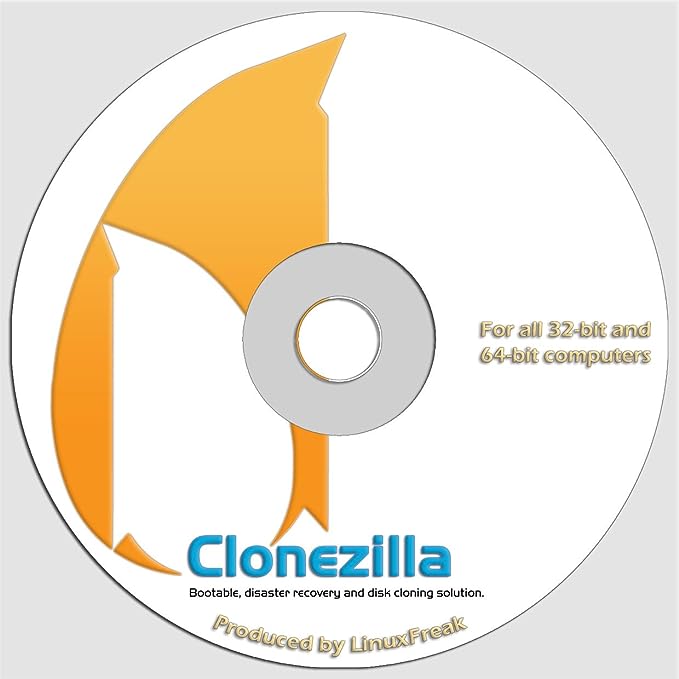 To start, I wanted to take a look at what is typically the first feature of a product that people think about: the price. The pricing competition is admittedly lopsided, however, and Clonezilla wins hands down, because it is entirely free to use, while Acronis costs money. I’m not saying that Clonezilla is a superior product because it is free, though. I’m merely stating that if you’re extremely pricing conscious, I would recommend giving Clonezilla a try first.

You do have the option of downloading a demo version of Acronis Disk Director 12, but it’s extremely watered down and not worth very much. Really, the demo version is just a way to try to market to you again in an attempt to entice leads to buy the full version.

The following outlines the pricing model of Acronis, for the Disk Director 12 product:

As far as digital products are concerned, this is as cut and dry of a pricing model as I’ve ever seen. They don’t mess around with subscription terms like SpiderOak or a cloud backup service, because you’re essentially just buying the backup software and making a local backup, such as on an external hard drive. I do want to be clear that this only includes the backup software.

If you want to store your backup in the cloud, you would need to purchase a cloud storage subscription as well.

The first major difference between these programs is that they run on different platforms. Clonezilla can be installed and run on Mac OSX, Windows, and Linux. Acronis, on the other hand, like most other third-party drive management applications, was written for Windows. It does have support for file systems from Mac and Linux systems, but the actual applications itself only runs on Windows.

Not only can Clonezilla be run on Linux and Mac systems, but it can also even be installed to a thumb drive, making it a convenient mobile utility that isn’t anchored to a desktop. However, do be aware that both services have the ability to edit, clone, and otherwise manipulate Mac OSX and Linux systems. The only caveat is that since Acronis must be installed on Windows, the Linux or Mac system/partition that needs to be edited must either be accessed over the network or directly plugged into the desktop system hosting Acronis, such as with an external hard drive.

All in all, I was surprised to see how competitive the features of each service are. They essentially have the same core features, though Clonezilla does seem to have a few extra features and a slight edge over Acronis. First of all, I did notice that Clonezilla supports the editing of more file systems than Acronis. However, some of them are pretty obscure, and if you’re using any mainstream file system or operating system, either service will have you covered.

Let’s take a closer look at the features each product provides. As you can see, they each tick all the major boxes to satisfy the needs of the overwhelming majority of users. For example, both products support an eclectic array of file systems, both include data recovery features, both have the ability to manipulate drives the same way (resize, split, delete, create, etc.), and both have the ability to clone a drive. There isn’t a whole lot of variability between the features offered with either service, but there was one thing that caught my eye: Clonezilla has a remote imaging feature.

This is incredibly useful if you’re trying to make multiple images in a single environment, such as a subnet in an office or a home network with multiple computers. That way you won’t have to install the software on each individual computer you want to make an image of. It may seem like a small thing, but in environments where you need to image numerous devices, it can be a massive time saver.

Acronis Disk Director Business provides all the necessary tools to optimize, protect and manage your hard drives and data. Safely create, customize, and organize partitions and your hard drive’s structure, without risk of data loss.

Buy Now
We earn a commission if you click this link and make a purchase at no additional cost to you.

I found this comparison difficult because I liked both services, but I think one has a slight edge. I would recommend that people take advantage of Clonezilla before trying Acronis Disk Director. Why? Well, I think that there are too many common shared features between each service that neither solution really stood out as the hero. In fact, I think Clonezilla has a very slight competitive edge with regards to features.

Since they were so close on their core functionality, I had to make the decision based on price. Clonezilla is free to download and use, while Acronis costs $50 – $80. Furthermore, Clonezilla can be run on multiple operating systems, but Acronis was only written for Windows. To be fair, Acronis can edit disks and partitions that use Mac and Linux file systems, but Clonezilla is simply more versatile. Why but something of comparable value when you can use it for free? If I were you, I would give Clonezilla a chance before trying a paid solution.

I have used both clonezilla and acronis true image. Ultimately i was working with acronis but unfortunately in windows 10 cloning the bitlocker funtionallity makes the program not to clone and shows error in the process. Because of that i had to use clonezilla and worked excelent! no bitlocker errors at all. Both softwares are good.