UnblockUs SmartVPN Review: The How to Get Internet Anywhere Guide

If you’ve ever traveled abroad on business or holiday, you probably discovered firsthand how nuanced foreign Internet connections can be. Unfortunately, different nations take drastically different views regarding how free and open the Internet should be.

If you’re traveling abroad in the near future, it would be a good idea to gain a general understanding of the Internet freedoms at your destination. Fortunately, Reporters Without Borders ranked countries in their 2016 index in terms of Internet freedoms.

The bottom line is that you’ll likely run into a few sites that are blocked, such as streaming content servers hosted in the US, the BBC iPlayer (only available in the UK), and even news websites.

But what is one to do? If you’ve been hunting around on Google for a way to unblock such websites, you may have run into UnblockUs. As its name implies, UnblockUs is a service designed to help people circumvent irksome web restrictions to access their favorite content. But is it all it’s cracked up to be?

Before we dig into the pricing a features, however, I do have to air a few grievances.

My Personal Annoyances with UnblockUs

I’ve got a beef with this service, and it has nothing to do with how well the service functions or operates. Rather, I get a little peeved with regards to how UnblockUs represents its service. If you visit the website, you’ll notice a tab that leads to a page labled “VPN.” However, and I cannot stress this enough, this service does not provide access to a VPN tunnel.

It seems like they’re trying to pull some marketing magic tricks out of their sleeves to mislead average users into thinking their service offers VPN connections. In fact, it even claims to be a “SmartVPN” service on their website.

Basically, I think their marketing department conflated the term “VPN tunnel” with “SmartDNS” to make themselves stand out in an industry littered with competition. In reality, it seems to be nothing more than a SmartDNS service.

But what’s the difference between SmartDNS and traditional VPN services? I’m glad you asked. Regular run-of-the-mill VPN tunnels secure data with encryption. If strong encryption is used, no one else in the world can read that data unless they have the decryption key.

As long as your data is encrypted, it can bounce around the world and the only host that will be able to read the data is the device on the receiving end of the VPN tunnel.

But SmartDNS – and by extension, “SmartVPNs” – don’t offer any encryption services. And this does have some advantages. For instance, encryption adds a significant amount of overhead to any online connection. If you’re just trying to unlock content that has been geographically restricted, you may not need the privacy of a VPN tunnel.

For example, if I’m on vacation and trying to stream the latest episode of Game of Thrones, I don’t really care who sees that content.

If someone were to intercept it, it’s no big deal. All they would see is a video feed of soldiers and dramatic plots to overthrow kingdoms. Who cares? On the other hand, what if I wanted to look up a news site that had been blocked in the country I’m currently in due to the local government deeming a story is controversial?

In that case, I wouldn’t even try to access it unless my connection was encrypted. Without encryption, the local government or ISP could see the content I’m accessing.

To their credit, they do state the encryption caveat clearly on their website, though it is slightly buried, as follows:

“While it bears a similar moniker to the more traditional VPN (virtual private network), our SmartVPN will not slow down your Internet connection because it does not encrypt user data.”

They do claim to provide some anonymity, however, though I am very wary about the lack of encryption. They make the following claim regarding protecting DNS traffic:

“Instead, our SmartVPN simply seals the contents of your data for transport so that the information within cannot be tampered with.”

So, just know that this service does not provide encryption, and is not technically a VPN tunnel. With that irksome fact out of the way, let’s move on to the pricing models and features of UnblockUs.

UnblockUs is actually pretty darn affordable. The following outlines their pricing model as of March 2017:

And I do have to admit, I was pleased to see that they offer a free trial. Plus, the free trial had incredibly generous terms. You don’t need to enter in any payment card data, meaning you won’t get automatically billed if you don’t cancel your plan before the end of the free trial period.

Since this isn’t a true VPN service, the features are rather light. Once again, please be perfectly aware that this service doesn’t encrypt your data. That said, it does help provide anonymity and privacy by masking your IP address.

The website doesn’t contain much technical terminology, and I couldn’t find the term “IP address masking.” However, it seems clear that the service essentially behaves in the same manner as a proxy, or “middle man” to help you unlock blocked content due to the following statement:

“We give you an address where the content you want is available.”

Because your computer’s public IP address (or the one contained on your router if you’re using NAT…and you probably are) is switched with that of an UnblockUs server, there’s not a record of transmissions to your computer on any servers that you access. Think of the UnblockUs server as a digital broker that fetches data and website content on your behalf.

I’d also mention that if you use a VPN service and it’s too slow for gaming traffic or streaming content, this could be a perfect solution for inconsequential data. UnblockUs doesn’t have nearly as much overhead as a VPN connection due to the lack of encryption.

Nevertheless, there may be an insignificant amount of overhead due to geographic latency, depending on which server you connect to and where the web server you are accessing is hosted.

In summary, the following are the scant features associated with UnblockUs: 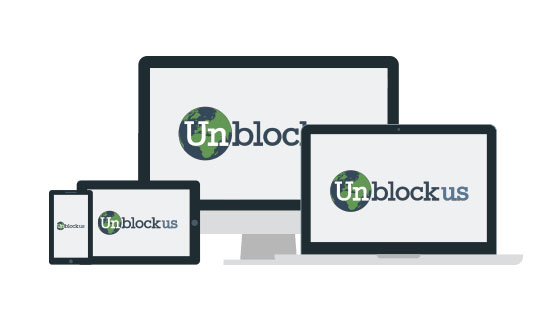 I’m still not 100% sold on the value of UnblockUs, though I can see a few specific use cases where it would be advantageous. As someone who loves my privacy and security, I can’t wrap my head around using a proxy service that doesn’t use encryption.

The only two reasons I would use this service are to unlock streaming media content sites (Netflix, Hulu, etc.) or to reach a foreign game server. For the price, you can get a decent VPN service that comes with a lot more features. A couple VPN providers even throw in SmartDNS for free with a paid subscription.

If I’m going to pay this much for a service (and to be fair, it’s actually quite inexpensive), I’d just as well choose a service that adds OpenVPN, L2TP, and PPTP connections for the encryption. Heck, most providers still use PPTP since it has extremely low overhead, too. I’d also add that there are plenty of VPN providers that are cheaper than this service, and much more secure.

I don’t think that UnblockUs is a bad service, I just think I can get more bang for my buck elsewhere. You’re free to disagree, but I wouldn’t use this service to send sensitive data.