If you’re looking for an external hard drive for extra storage or reliable backups, you’ve probably already heard about Western Digital My Passport. But is it worth the money? Does Western Digital do a good job of providing value? Or is your money better spent on another backup and storage alternative, such as cloud solutions?

I’ll help you make an informed decision by analyzing and criticizing the features, components, software, and price of Western Digital’s My Passport product, but first, let’s take a moment to talk about Western Digital and brand loyalty. 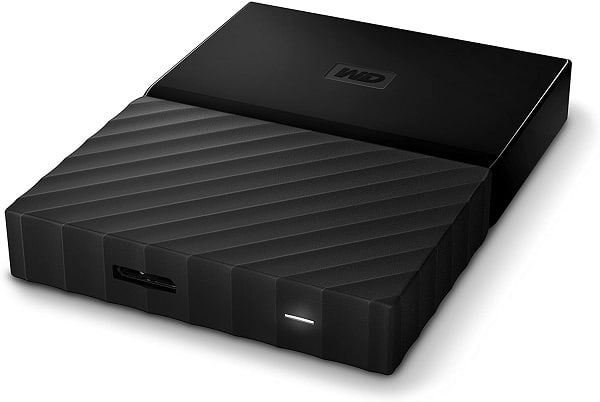 And this has a lot to do with different makes, models, and operating system on that hard drive. For example, I have purposely avoided specific hard drives in the past because of all the headaches and pains in the rear end that were incurred trying to recover data from the darned thing with utilities. The process took hours, and I’ll never purchase another hard drive from that company again if I can help it.

Nevertheless, it’s good to know a bit about the manufacturer. Be aware that Western Digital is a company based in America with an annual income of about $400 million. They’re headquartered in Silicon Valley and are one of the leading manufacturers of hard drives in the world.

The company is approximately 47 years old, and I can personally say that I haven’t had any bad experiences with their products.

That’s not the same as saying that I’ve never seen a WD hard drive fail, however. Mechanical parts always break down and fail over time, but I have been more than reasonably pleased with their products. So, let’s take a closer look at the price of Western Digital’s My Passport before looking at the features and software.

The pricing model is incredibly simple since we’re just talking about a single hard drive product. As you would expect, larger volumes cost more money, but you do save a little when you buy more storage space. The following outlines the cost of the drives:

First off, note that you can personalize the My Passport product in a couple of different ways. First of all, you can select how much storage you want. Available storage sizes include 1 TB, 2 TB, 3 TB, or 4 TB, which is a ton of storage space, especially when you consider the cheap price.

Furthermore, you can choose what color you want the external case to be. Available colors include black, white, blue, red, orange, and yellow.

Personally, I don’t give a rat’s rear end (if you catch my drift) what color the external case is. After all, if it’s going to be used primarily for backups, it’s going to be sitting in a safe and secure place out of sight to ensure safety and protection. I do sometimes carry an external HDD around with me when I travel with my laptop, but I also make use of the cloud for non-consequential files that aren’t sensitive.

Basically, what I’m saying is that I wouldn’t intentionally choose to travel around with a drive that’s holding all of my data backups since that defeats the purpose of the backup by putting the data at risk.

Also note that the drive does come with USB 3.0, which is much faster than USB 2.0. In fact, it’s nearly ten times faster than USB 2.0 and can transfer data at a theoretical maximum of 5Gbps. However, the USB technology is limited by the speed of the drive. In any case, note that it is backward compatible with USB 2.0, though most new computers come equipped with 3.0. 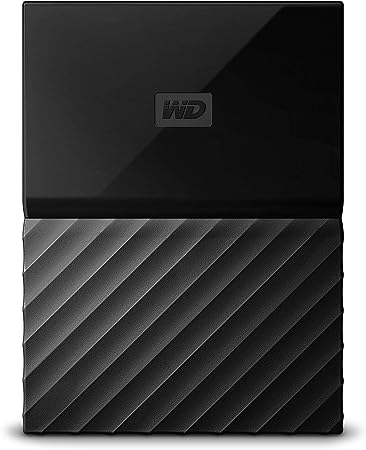 WD 1TB Black My Passport HD
$79.00
Check Price
We earn a commission if you click this link and make a purchase at no additional cost to you.

And interestingly enough, it already comes pre-formatted for Windows 7, 8, and 10. Naturally, since it’s a standard hard drive, it can be reformatted for other operating systems, such as Linux and Mac. But two of my favorite features is the password protection and hardware encryption (using AES-256-bit encryption). I’m a huge security nut, and I love encrypting hard drives whenever it makes sense.

I really can’t think of a more practical volume to encrypt than a backup medium. Sometimes encrypting active file systems can be a bit encumbering and cause performance issues.

But if you’re the goal is to dump a ton of data on an external drive for backup purposes, why the heck wouldn’t you want to encrypt that data? Some people keep sensitive volumes locked in a safe, but I think the average My Passport user would see that as overkill.

So what happens if someone steals your drive? As long as it is password protected and properly encrypted, your data will remain safe from prying eyes. Furthermore, you should be aware that the drive does come with a 3-year warranty. In my experience, Western Digital hard drives last much longer than 3 years, so I doubt the warranty would ever be significant for most users.

Though the core feature of the Western Digital My Passport is raw storage space, you should be aware that it also comes with three different pieces of software: WD Backup, WD Security, and WD Drive Utilities. Together, these three different components comprise the management and configuration interface of the drive.

The following outlines the features associated with WD Backup:

Altogether, I do like the backup software and think that it has a very simple interface. However, that’s both a blessing and a curse. On the one hand, it’s really stinkin’ easy to use because there aren’t a ton of buttons and configuration options. For that reason, it’s great for the average user. 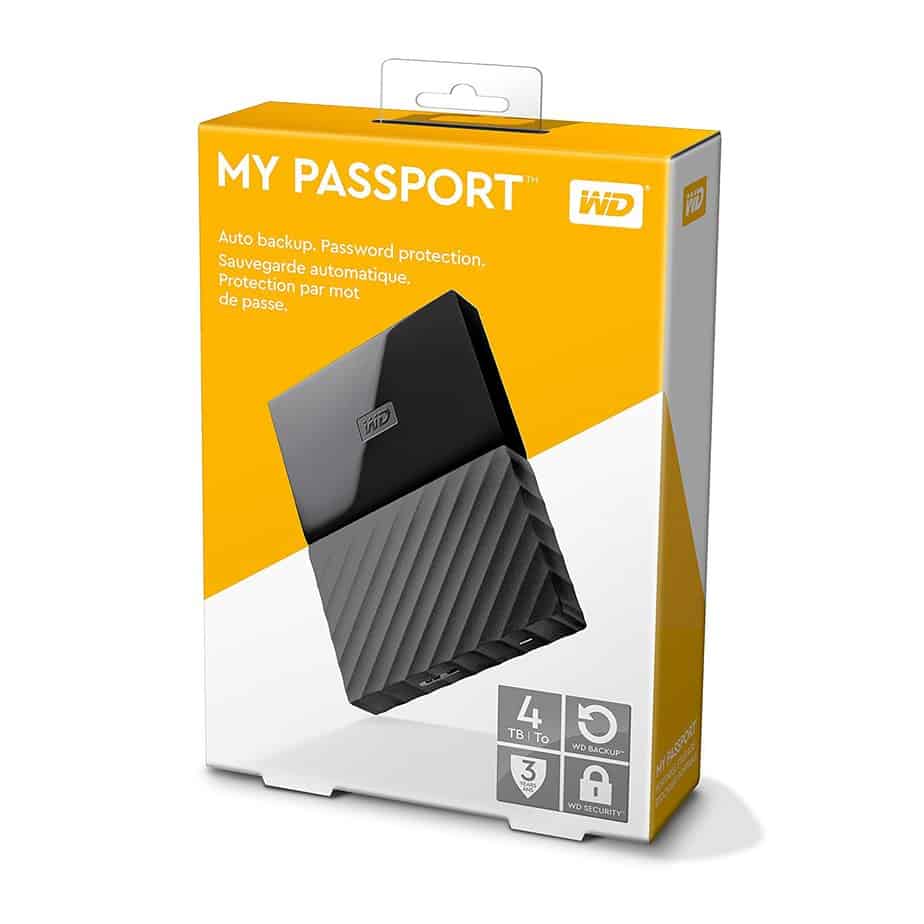 But the flip side of that coin is that it’s missing a lot of features that you’d traditionally expect to be included with the backup software. For example, there’s no scheduling assistant, which I suppose makes sense because the drive isn’t expected to be plugged in all the time. But it can only backup files and folders within the operating system.

For instance, there aren’t advanced drive cloning or partition copying features. Plus, you can’t manage boot sectors or drill down into the nitty-gritty details of the system you want to backup. Again, this is probably a good thing for the average user. But if you consider yourself a power user or someone who is more than a little technologically literate, you’ll probably want a more powerful backup solution.

The following outlines the features associated with WD Security:

The security features are strong and easy to configure. You don’t have to have an advanced degree in cryptology to lock down your drive. There’s not too much to be said about the encryption, except that it’s so strong (AES-256) that it’s still used today in military scenarios.

The following outlines the features associated with WD Drive Utilities:

To be completely honest, the WD Drive Utilities portion of the software is really just administrative configuration options that help manage the drive. None of the features are really all that sexy or exciting.

Although, I was very appreciative that they included drive diagnostics within the interface so I don’t have to scan the drive with a third-party tool (thanks Western Digital, that was genuinely a good move on your part!).

All in all, I love these Western Digital My Passport drives. In fact, I use a couple of them personally to play around with different operating systems. For example, I’ve even used them to install Linux and boot from USB.

That’s using the drives outside of its intended purpose, however, which is for a massive amount of mobile storage that is incredibly secure. I think the price is great and the software is easy to use. Last but not least, note that I would recommend these drives even to people who feel ‘technologically challenged.’