PureVPN vs Express VPN – Which VPN Should You Pick?

Naturally, there’s no such thing as a “perfect” VPN service, so needless to say, there are a few qualities that I don’t like about each provider.

That said, you’d be hard pressed to find better alternatives. The problem with these two providers, however, is that they’re so very different from each other.

If you’ve been on the fence about either VPN service, I’ll help you make an informed decision by disecting and analyzing the major aspects of both services, including their pricing models, features, and other qualities that are noteworthy. So, let’s start by taking a look at their pricing models. 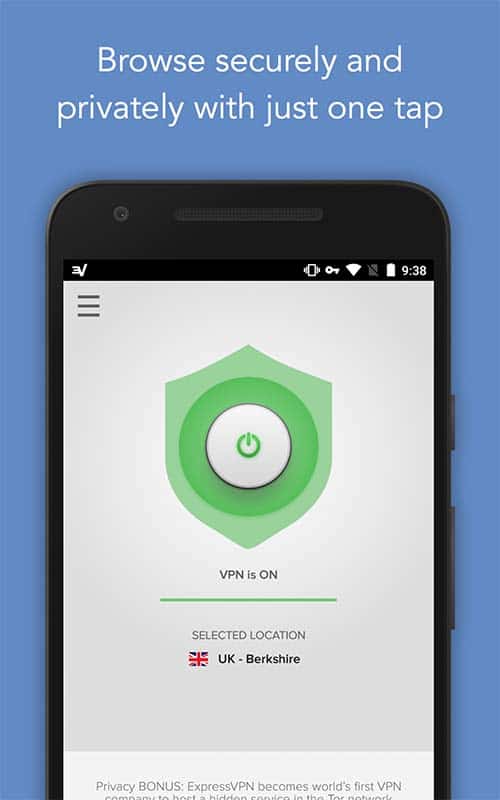 ExpressVPN has a reputation for being one of the faster providers with a lot of high quality features. As you’d expect, that means you’re going to have pay more for their service. In fact, ExpressVPN costs more than the average provider, while PureVPN is priced closer to the middle of the market.

As you can see, every one of ExpressVPN’s plans are priced higher than the corresponding PureVPN plans, but there are a few points that bear further discussion. First of all, note that VPN providers regularly change their prices in order to keep up with competitors.

I should also mention that neither provider has a free trial. However, instead of a free trial, both providers have a money back guarantee should you be displeased with the service for any reason. ExpressVPN’s money back guarantee lasts for 30 days, though PureVPN’s only lasts for 7 days. At any rate, both providers offer ample time to test out their service risk-free.

As I mentioned earlier, PureVPN and ExpressVPN are two dominant leaders in the VPN industry. As such, they have larger networks of servers in more global locations than the vast majority of other services. PureVPN’s network is notably larger though, and hosts servers in 141 countries around the world. The only provider I can think of that has servers in more countries is AVG’s HMA VPN.

That said, I don’t want to underrate ExpressVPN’s network. To date ExpressVPN has servers in 94 countries around the world, which is still pretty good. And note that both services host servers in all the most popular geographic locations such as the US, Hong Kong, the UK, Japan, and other
hosting hotbeds.

But if you’re from a corner of the world or a small country that doesn’t get as much global Internet traffic, you may want to strongly consider PureVPN. When connecting to a VPN tunnel, you always want to connect to a server as close to the destination resources as possible so that data is encrypted as it crosses countries’ borders.

PureVPN is able to accommodate people from 44 more countries than ExpressVPN, so I’d recommend checking their list of server locations before making a commitment to a subscription if global locations is a big factor in your decision.

ExpressVPN, as a top tier provider, has a well-rounded service with a lot of great features. They’re always updating and improving their service, too. For instance, late last year, ExpressVPN changed their policy from only allowing simultaneous connections between one computer and one mobile device to allowing three simultaneous connections between any types of devices.

In addition, know that ExpressVPN is based in the British Virgin Islands, which is outside the reach of domestic wiretapping scandals of the NSA. Also, ExpressVPN is known for providing extremely fast and reliable servers.

All in all, I’m pleased with ExpressVPN’s features, though I wish they permitted more simultaneous connections.

I think PureVPN has some great features that are missing with ExpressVPN’s service, which is surprising given the fact that PureVPN costs less. First of all, note that PureVPN allows up to 5 simultaneous connections per account, which should be able to secure any single person’s electronics, and even help families share a single account.

One thing I really didn’t like, however, was the fact that PureVPN is based in the United States. I tend to prefer digital services that are hosted offshore due to the NSA wiretapping scandals brought to light by Edward Snowden. At any rate, despite that flaw, PureVPN some other great features as follows:

Altogether, I think that the PureVPN software client has a superior feature set compared to ExpressVPN. But now it’s time to compare one of the most important factors…the speed test!

Speed is yet another crucial aspect of any VPN service. Even though providers use the same connection protocols (e.g. PPTP, OpenVPN, etc.), there still seems to be a lot of variety regarding how consistent and fast any given connection is.

To test the relative speed of each provider’s connections, I used speedtest.net while the VPN tunnel was up and initiated a ping to Google’s DNS servers to look for latency and delay variability.

Results of the ExpressVPN speed test:

Results of the PureVPN speed test:

As you can see from the results, ExpressVPN performed significantly better in the speed test. I lost more of my download and upload bandwidth when I used PureVPN’s tunnel. That said, I didn’t find any noticeable problems when using the PureVPN tunnel.

I was able to browse the Internet just fine, streaming content from YouTube didn’t get stuck with any buffering issues, and small file downloads completed without any trouble.

However, note that the ping to Google’s DNS servers through the PureVPN tunnel was pretty jittery. It continued to fluctuate between 100 and 150ms. That may not sound like a lot, and I suppose it’s not for the majority of traffic types. But if you send highly sensitive traffic, such as online multiplayer gaming traffic, you will likely want to opt for ExpressVPN.

I wouldn’t say the PureVPN had poor speeds, but ExpressVPN clearly won the speed competition. If speed is your primary concern, I’d advise you to consider ExpressVPN.

Conclusion: Which One to Choose

It seems that the largest advantage that ExpressVPN has over PureVPN is faster speeds and more reliable servers. However, if you want faster speeds, it’s going to cost a little more. That’s why right now, I think I’d have to recommend PureVPN.

I know that may sound counter-intuitive, so just hear me out. Right now they have unbelievable pricing, and when you combine that with all of the extra features you get, I think it creates better value. When comparing the long term subscriptions, PureVPN only costs 35% of the price of ExpressVPN.

Personally, I’d rather only pay a few bucks a month and have the ability to connect to more geographic locations – and you get more simultaneous connections.

However, if speed is your primary concern and you’re not very price sensitive, then ExpressVPN is the clear choice. Lastly, if you’re still not sure, then I recommend taking full advantage of either service’s money back guarantee.