How to Watch AMC Outside the US: Get Your Better Call Saul Fix!

American Movie Classics, or AMC, is a staple of film buffs who can’t get enough cinema in their media diet. Despite its name, AMC isn’t solely involved with movie content. Not only does it play loads of classic content, it also hosts a lot of hot new shows. Some of AMC’s biggest hits include The Walking Dead, Breaking Bad, Mad Men, Better Call Saul, M*A*S*H, and more.

Unfortunately, AMC isn’t available worldwide. And, because Bittorrent laws vary from country to country, I cannot in good conscience advocate illegal pirating. It’s a bit of a moral gray area because some countries allow torrenting for personal use, while other countries outlaw it completely. But that’s not the only reason I advise against finding your favorite AMC content on a torrent site.

Bittorrent files are notorious for harboring viruses. A file that looks like an entire season of your favorite AMC show could really be a virus, Trojan, or malware in disguise. And downloading such a file could risk financial jeopardy due to the threat of identity theft. So, today we’re going to take a look at the best legitimate ways to access AMC from regions where it is blocked. To start, let’s see where AMC is available. 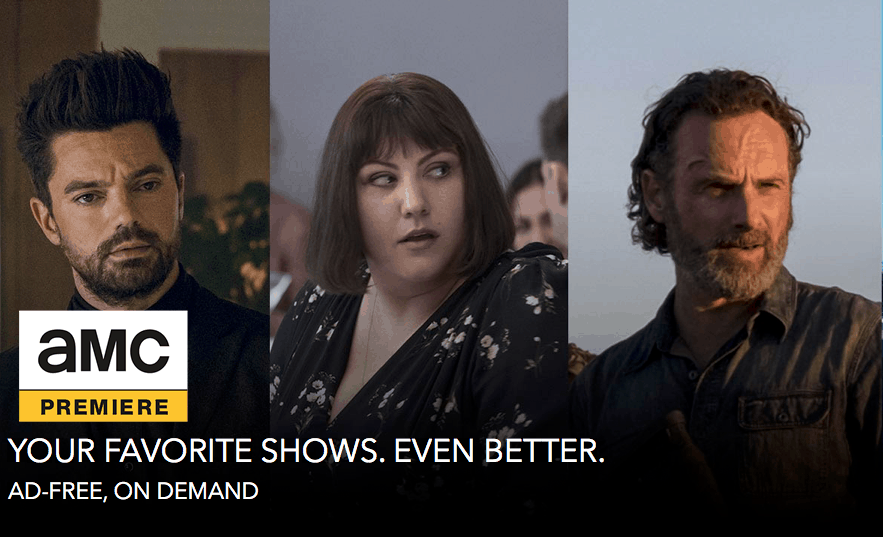 Even though AMC isn’t accessible everywhere, there are some workarounds which we’ll come to shortly. First, however, I wanted to outline where AMC is available. For the present, due to licensing restrictions and copyright laws, full AMC access is only available in Canada, the US, and US territories (American Samoa, Guam, Northern Mariana Islands, Puerto Rico, US Minor Outlying Islands, and the US Virgin Islands).

Furthermore, AMC Live is only available in the US and all of the previously mentioned US territories (sorry Canada). If you want access to this channel’s content but aren’t from the US or Canada, don’t worry, there are several options at your disposal. Some of them are more secure than others, but some are more easy for someone who considers themselves technologically illiterate. So, let’s dive into the easiest solution: using a consumer-grade VPN service.

What I prefer to do, because I think it’s one of the fastest, easiest, and cheapest ways to access content abroad, is to simply use a VPN tunnel. This is a pretty easy solution, even for someone who doesn’t know their way around technology that well, because all you have to do is buy a service, install an app, and connect to a server. This solution does admittedly cost money, but you can get a VPN subscription for anywhere between $2.75 per month and $14.95 per month.

The most reasonable quality services typically only cost about five or six dollars a month, and provide thousands of different servers to connect to, which are usually hosted on 30 or more countries. But what is a VPN, and how does it allow you to watch AMC? I’m glad you asked. First, let’s start by defining how AMC blocks people it believes to be outside of the United States. Every computer utilizes a unique address (called an IP address) to which data is sent, much like how your home address identifies a single point where letters and packages can be sent or received. 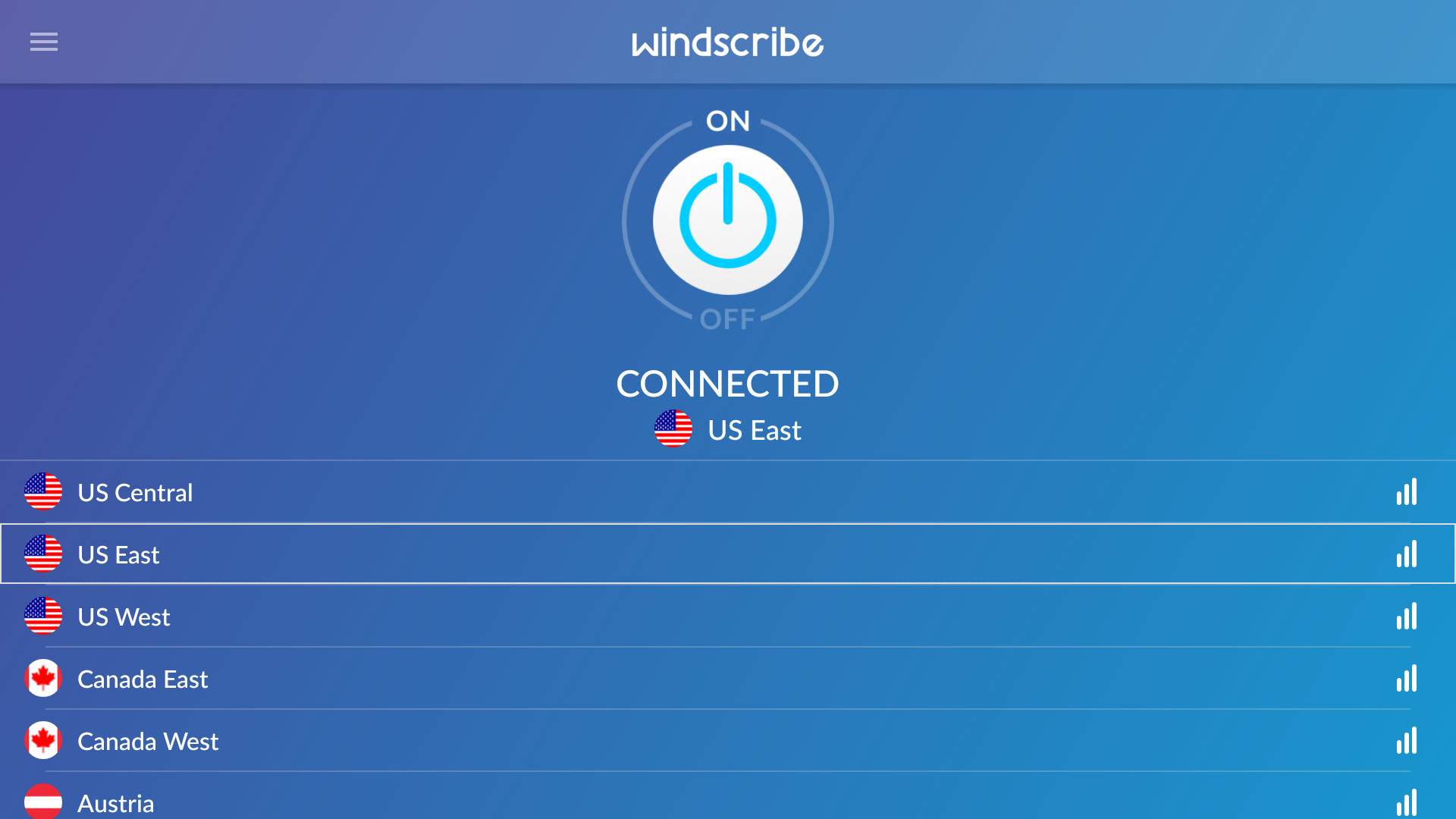 However, these unique addresses are distributed by geographic region. By examining an incoming request’s IP address, the server can tell from which country that computer is connected to the Internet. If it’s an IP address from the US or Canada, it allows the connections. If not, the server blocks the connection and goes about its business. However, a VPN tunnel can mask your IP address, giving you an address that is hosted in the US or Canada.

A VPN stands for Virtual Private Network, which, like a proxy server (discussed next), acts as an intermediary device between your computer and the AMC server. Like a middleman, it will make requests to the AMC server on your behalf, and then send you the data. All the while, the AMC server is unaware that you’re behind the VPN server. However, I prefer VPN connections over proxy servers for one titanic reason: security.

VPN connections not only obfuscate the source of your data, they also encrypt it with mathematical algorithms (like AES-256) which are so strong they’re still used in banking and military applications. Perhaps you may not care if someone steals your AMC username and password, but what about other files and data you send through the tunnel? If you don’t encrypt your data with a VPN tunnel, anyone could see it and read its contents by intercepting it. 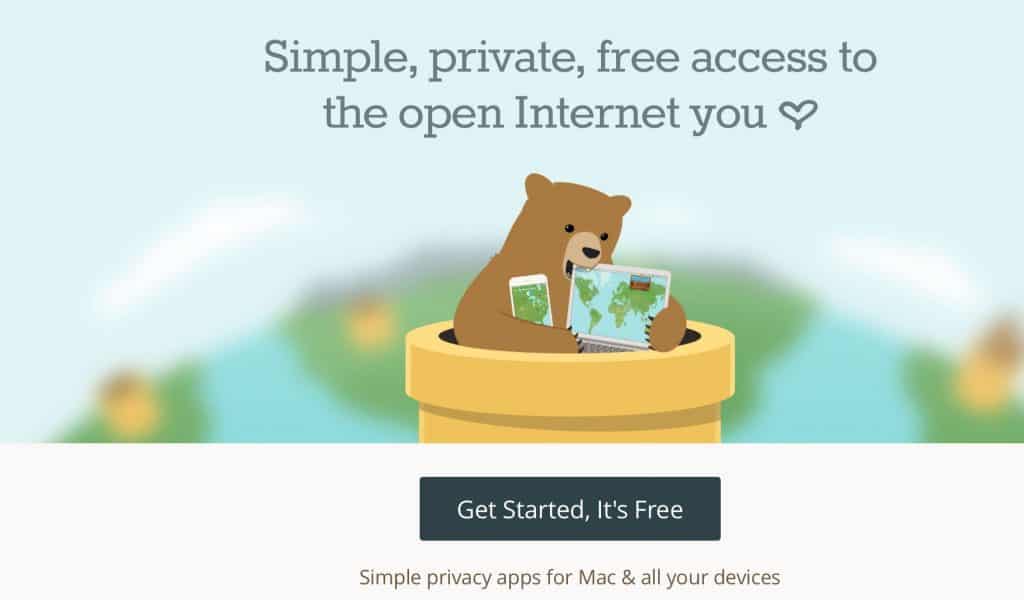 Finally, note that there are some free VPN services like WindScribe VPN and TunnelBear, though they do impose monthly data caps or bandwidth restrictions. Nevertheless, a VPN server is a great way to unblock not only AMC, but other channels and content sources that are geographically restricted.

Proxy servers are very similar to VPN servers, and are still a viable way to unblock foreign content like AMC. Like a VPN server, a proxy server acts as a middle man and masks your IP address, which allows you to unblock content in foreign countries as well as circumvent domestic Internet censorship. And more often than not, you can find proxy servers that can be used free of charge. On the surface, this may sound superior to a VPN tunnel, but that’s not truly the case.

There are two main problems with proxy servers, and both are related to security. First of all, the most important way a proxy server differs from a VPN connection is that a proxy connection lacks encryption. Data sent through the proxy server is sent in plain text, meaning that the data can be easily read if it is intercepted by a third party, government authority, or ISP. The lack of encryption is enough of a reason to not use a proxy server. 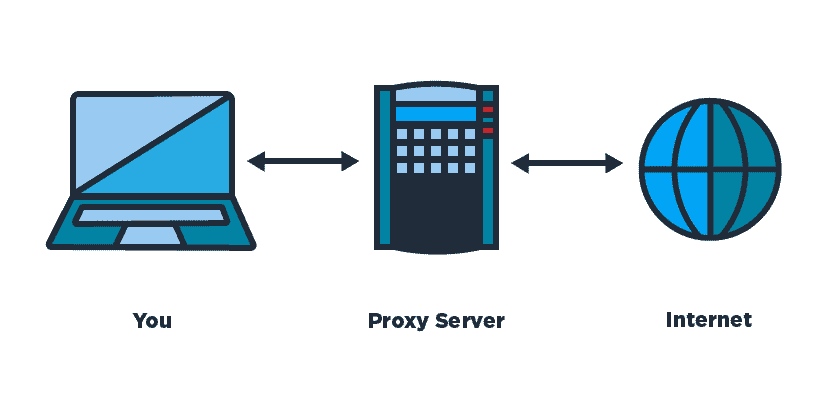 Secondly, you don’t always know who is running a proxy server. Sure, if you sign up for a VPN service, many times they’ll throw in a proxy service for free. In such a case, you do know who is running the proxy service, but in other cases, you have no idea. Hopping on Google and searching for “free proxy server” or “proxy server” isn’t the best idea, because some of the results could be operated by shady characters. The bottom line is you have no idea who you are sending your data to.

It could be some joker in his/her parents basement, a hacker, a foreign entity, or perhaps even a legitimate service. But if you don’t know who runs the proxy service, I would hesitate to send them my data. Use this solution with caution.

This solution takes a bit of technical know-how and quite a bit of capital investment. Basically, by using the Plex software, you can setup your very own personal media streaming server. The main purpose with which people imbue their Plex servers is simply a library of personal media – personal video libraries, music, etc. – that they can access and stream from anywhere.

But did you know it can also stream live TV? If you’re going to be traveling abroad and want access to the AMC channel, setting up a home brewed Plex server is an effective way to access your very own cable feed in a foreign country. 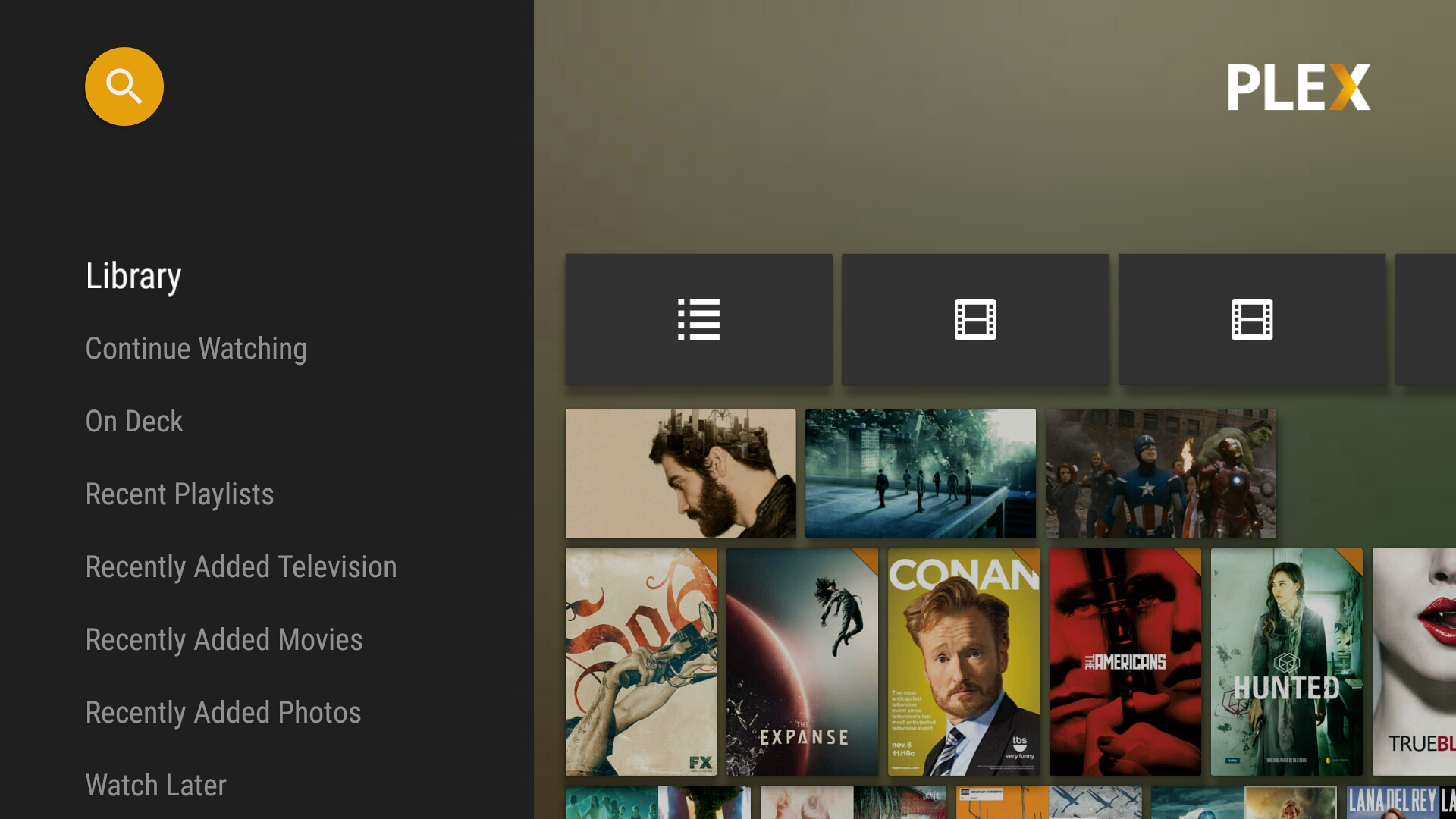 Sling TV has been growing in popularity as a way to access reams of television channels through the Internet. It does provide access to the AMC channel, but do be aware that Sling TV isn’t available everywhere in the world. Please be aware that you will need a VPN tunnel or proxy server to access it if you’re not in the US or Canada. Furthermore, note that it’s possible to purchase Sling TV gift cards via Bitcoin, though not through Sling TV itself.

Sites like eGifter are more than happy to exchange gift cards for Bitcoins, which can be used to anonymously pay for the Sling TV service. The real advantage to Sling TV is that it will allow you to watch AMC anywhere in the world…as long as you have a VPN/proxy server in the US or Canada. You can even stream Sling TV through a web browser. 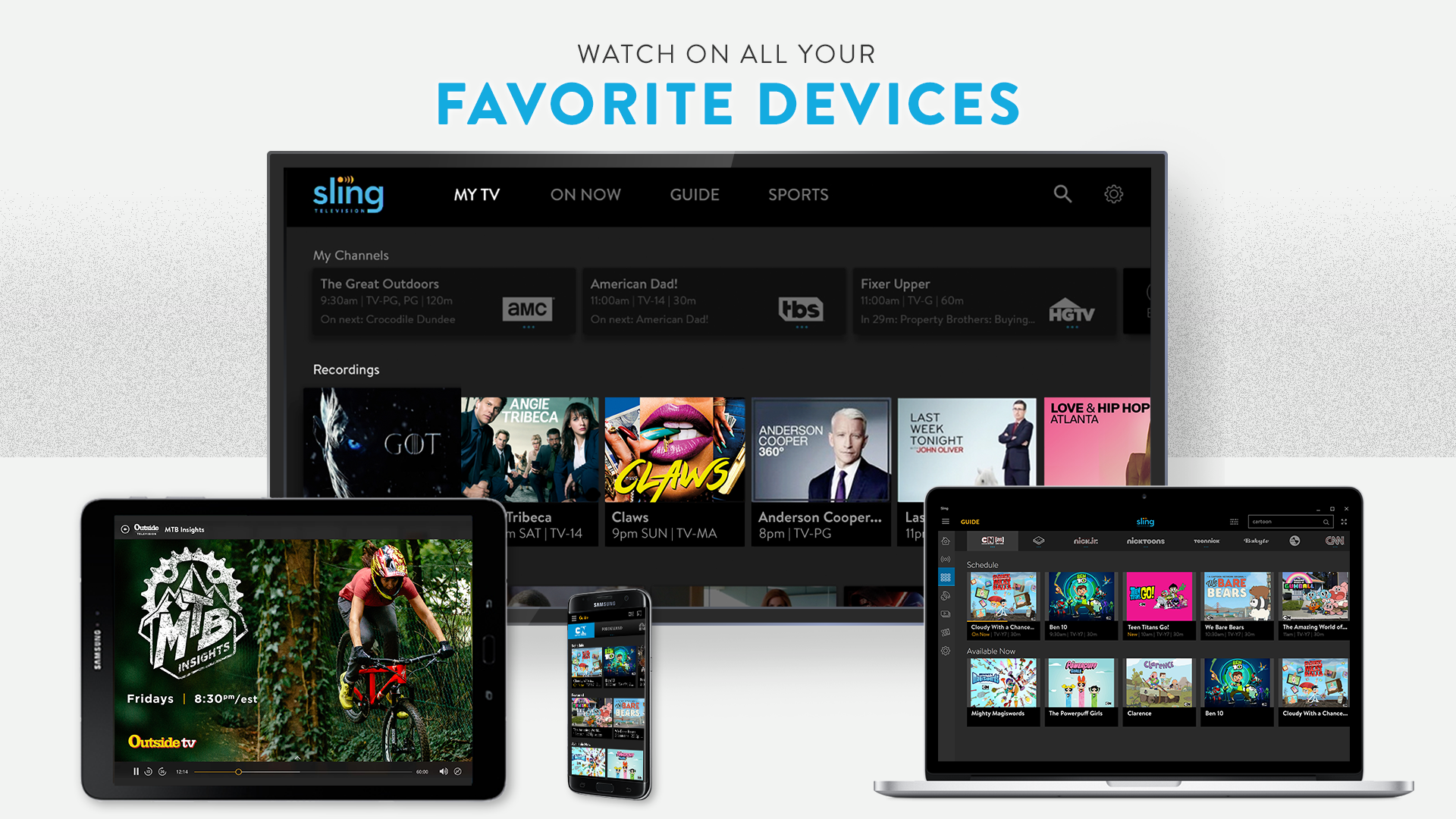 In summary, the four main ways to gain access to AMC content are using a VPN tunnel, connecting to a proxy server, creating your very own Plex server, and subscribing to SlingTV. Almost all of them cost money in some form. Even creating your own home server requires hardware, though I suppose it doesn’t cost money if you’re rebuilding an old desktop tower. At any rate, using one of these four methods will allow you to view AMC content even if you aren’t in a region where AMC is permitted.