ExpressVPN vs Unlocator: Which VPN Subscription is Best?

There are more providers in the VPN industry than ever before, and new providers seem to be cropping up like weeds every few months. As such, it’s extremely hard to know if you’re getting the best deal for your money, or if a VPN subscriber is high quality or a headache waiting to happen. And every VPN provider is a little bit different.

They vary drastically regarding the number of simultaneous connections, pricing models, VPN connection protocols, and a myriad of other factors. So, how do you know if you’re getting a good deal? And how do you know which services are the best? Today, I hope to answer those questions as we make a side-by-side comparison of two differing proxy and VPN services: ExpressVPN and Unlocator.

Before we dig into the details of each provider’s respective features and the speed tests, let’s first start with a price comparison. 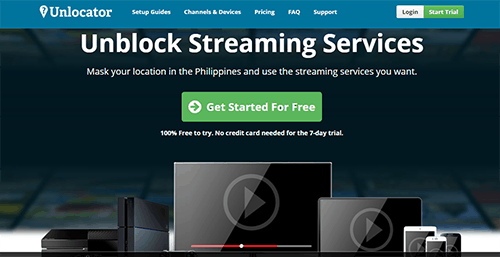 As far as the pricing competition is concerned, I think the clear winner is Unlocator for several reasons. First of all, Unlocator has drastically cheaper pricing than ExpressVPN. Cheap pricing may not be the best determinant of a solid VPN or proxy provider, but for those of you who are price sensitive, it’s certainly a heavily weighted factor.

But in addition to cheap pricing, Unlocator also has a free 7-day trial version.

It’s not as common as it once was for VPN services to offer free trials. These days, most try to make their service risk-free by offering a money back guarantee, which is ExpressVPN’s approach.

Also, some of the VPN services that offer free trials require payment card information. That way they can automatically bill you if you forget to cancel service. It’s a dirty and appalling practice, but the good news is that Unlocator doesn’t try to trick their users.

To sign up for the free trial, all you need to enter is your email address (for a confirmation link) and a password for the account you’re creating. Additionally, note that paid subscriptions come with a 14-day money back guarantee too.

I think that Unlocator has a very affordable and reasonable pricing model, which incorporates moderate savings for longer-term subscriptions. On the other hand, ExpressVPN’s pricing model is quite a bit more expensive. While I do actually love ExpressVPN overall, one of the things I like least about this provider is its pricing.

Instead of a free trial, ExpressVPN does admittedly have a 30-day money back guarantee, which I feel is more than enough time to decide whether or not you want your money back. Also, note that ExpressVPN’s monthly plan is 2.5 times more expensive than Unlocator’s pricing plan.

For that reason, I typically recommend people take advantage of ExpressVPN’s annual plan. Though I do like the service, I’m not sure the monthly plan offers a great deal of value.

I hope you don’t think I was too harsh on ExpressVPN due to its pricing model because this service really does have a lot to offer in the way of features. First off, I should mention that ExpressVPN has a reputation of providing fast and reliable servers (more on that in the speed test section) with a 99.99% uptime guarantee. Also, ExpressVPN is continually improving its service and features.

Not too long ago, ExpressVPN limited users to a simultaneous connection between one handheld device and one computer. Somewhat recently, however, they have gone ahead and permitted three simultaneous connections among any type of device. In addition, ExpressVPN does a good job of supporting all the typical major protocols, including PPTP, L2TP, and my personal favorite, OpenVPN.

Like any other provider, ExpressVPN won’t inhibit connections with a data cap or perform bandwidth throttling, and you can switch between servers an unlimited number of times. Also, ExpressVPN has added a kill-switch feature to the software client to protect downloads in the event of a VPN disconnect, which makes it a great choice for BitTorrent users.

Last but not least, I wanted to talk about the network size and where headquarters is based. ExpressVPN is based out of the British Virgin Islands, and currently operates servers in 94 countries around the globe, which is far more than the average provider.

All in all, I think ExpressVPN follows the old adage of “you get what you pay for.” While it may cost a bit more than the average provider, it’s got some great features. In summary, the following outlines ExpressVPN’s main features:

In addition, users have the ability to appear in different regions at the same time due to its core functionality of being a DNS service. As Unlocator states on its website, the following are additional advantages to using this service:

From a technical perspective, that list of benefits isn’t anything to write home about. And now that I’ve told you Unlocator’s features, I want to take a moment to talk about what this service lacks.

First and foremost, this service lacks encryption. This is not a VPN tunnel service and is instead a “SmartVPN” and DNS service. Believe it or not, it doesn’t even provide IP address masking.

That said, since the server doesn’t behave like a middle-man, there isn’t any speed reduction, overhead, or increased latency. But as we’ll shortly see in the speed section, SmartDNS isn’t always faster than a VPN tunnel.

So even though this service can help unblock some services and websites, it does absolutely nothing to increase your security, protect your identity or anonymity, or make your data invisible to third parties like a VPN tunnel. In fact, Unlocator won’t even unlock all the censored content in a given country or region, through a VPN tunnel will.

Because of these massive flaws, I tend to prefer any VPN service over Unlocator, which includes ExpressVPN.

For the speed comparison, I tested each service while running a raw speed test on speedtest.net. The results actually surprised me a bit. I expected Unlocator to be faster since it doesn’t introduce encryption or latency overhead to the connection. However, believe it or not, ExpressVPN actually won, for reasons we’ll discuss shortly.

Oddly enough, I had better download and upload rates when using a VPN tunnel versus the Unlocator test, and I have some suspicions as to why that is. Sometimes, though not always, VPN tunnels can improve international speeds because they circumvent network restrictions, traffic policing, traffic shaping, QoS, firewall inspection, and other similar network configurations.

A VPN tunnel hides all of the payload data from external devices, such as routers and firewalls. All the networking devices can see is that a tunnel exists, but they can’t see what data is flowing through
the tunnel.

It seems that because the VPN tunnel was able to help circumvent these restrictions, I actually had a faster connection through the VPN tunnel, despite the fact that Unlocator doesn’t add any latency or processing overhead. 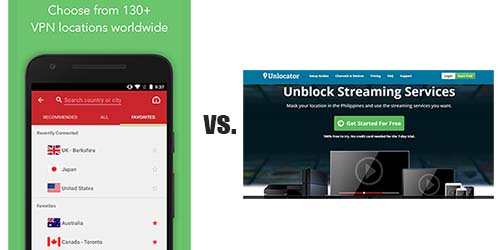 For those of you sitting on the fence, I’d recommend starting out with a free trial of Unlocator. It is, after all, completely risk-free since you don’t even have to enter in payment card data. Though it only lasts for a week, the free trial should give you ample time to decide whether Unlocator meets
your expectations.

Just make sure you don’t use it to access or send any private or sensitive information because it won’t do a darn thing to encrypt your data. It’s really only useful for unblocking a handful of services and blocked web pages.

If you feel the service is lacking, then would I recommend signing up for ExpressVPN. Though it doesn’t have a free trial, you’ll have 30 days to get your money back if you’re dissatisfied. And to be completely honest, I think ExpressVPN is far better than Unlocator, and naturally the superior option. I really don’t like proxy services or SmartDNS services, and instead, prefer fully encrypted VPN tunnels.

The following are reasons why I prefer ExpressVPN over Unlocator:

I know that Unlocator is cheaper than ExpressVPN, but as the old saying goes, in this case, you really do get what you pay for. At any rate, both providers offer a risk-free trial period. Though I caution you to opt for ExpressVPN, feel free to try out the free version of Unlocator.