ZenMate VPN Review: Will This Work for You?

Too many security applications and VPN providers litter the digital security landscape, making it hard for end users to discern which service provides the most value. Though there are many high-quality VPN providers, some of them are sub par.

Perhaps you have already heard of a VPN provider named ZenMate, which started its life as a browser security extension to help promote privacy. Today, however, it has grown into a fully-fledged VPN service.

But does this VPN provider truly offer security bliss and peace of mind, or will it just cause headaches? To help you avoid selecting a service that’s a lemon, we’re going to pick apart ZenMate and analyze their service piece by piece.

So, let’s start with their pricing model.

When ZenMate first started as a browser extension, it was free to download and only available on Chrome. Now that it’s a proper VPN service, however, ZenMate charges a premium for subscription-based access to their network of VPN servers.

That said, note that ZenMate does still have a free service. But as you would expect, the free version is watered down and stripped of many of the more advanced features.

Furthermore, the free service is best-effort, and paid subscribers take priority over free users (which makes sense). In addition, the free users only have access to servers in the US, Hong Kong, Germany, and Romania. 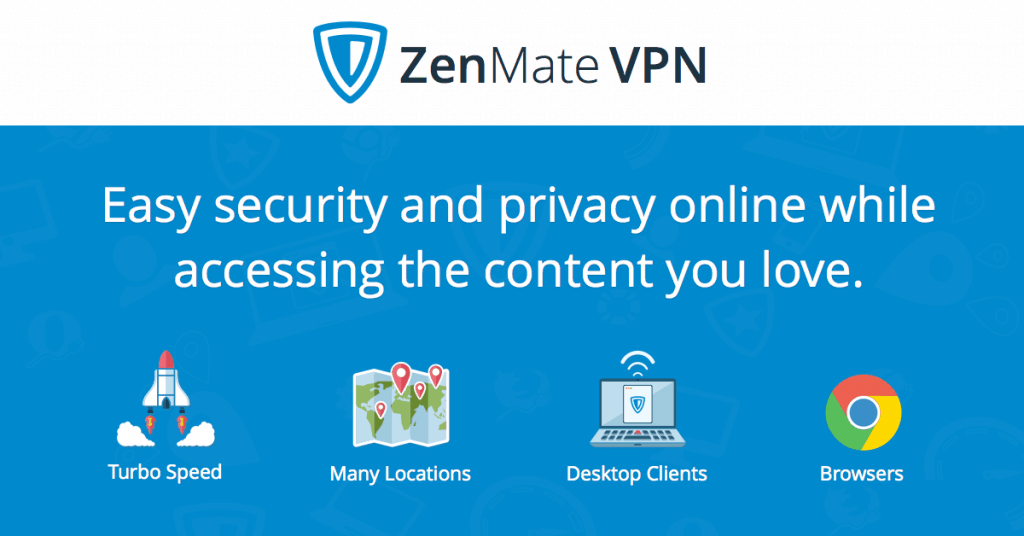 I find the preceding combination of global locations extremely odd, as though they threw a dart a map while blindfolded to see which locations to provide to the free users. At any rate, the following describes the pricing model for paid users:

To be completely fair and objective, ZenMate is actually not an expensive provider. At the same time, they aren’t truly one of the cheaper providers, either. Instead, ZenMate lies somewhere in the middle. To help give you some perspective on VPN pricing, consider that the more expensive providers like ExpressVPN cost about $8.32 per month with a discounted annual subscription.

At the opposite end of the spectrum, consider that cheaper providers like PIA VPN only cost $3.33 per month with an annual subscription. Also, I almost never recommend monthly subscriptions since the savings discounts for longer term subscriptions is too good to ignore.

Last but not least for pricing, know that they still have a 14-day money back guarantee. I think a full two weeks to test out their service is more than fair and adequate, giving you time to make a decision before committing to a subscription. 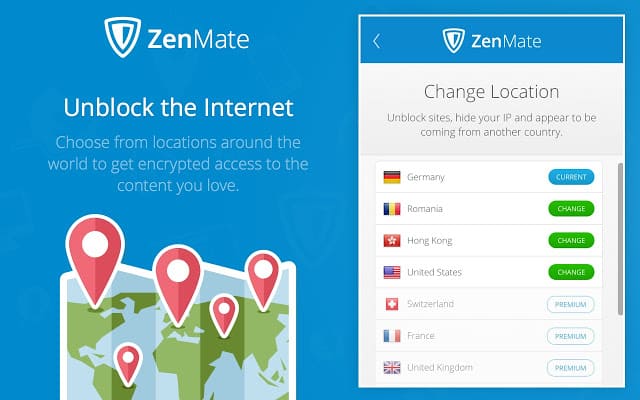 To be frank, I found ZenMate to be a little light on features. However, I do like their security and privacy features. They claim in their privacy policy that, “no personal data is collected, processed or permanently stored,” which is encouraging to say the least.

I found it a little tacky that they claimed ZenMate has “ultra” fast servers. After all, how do you quantify and ultra-fast server versus one that’s “really” fast?

In addition, know that ZenMate operates servers in over 23 countries. I expect this number to grow substantially in the coming year. ZenMate seems to be a relatively younger service than the majority of their competitors, but if the business is good, I would be surprised if they didn’t expand their global network of servers with new countries and locations.

Still, 23 countries aren’t much to brag about when faced with competitors in over 180 countries like PureVPN.

Naturally, you get unlimited bandwidth, monthly data, and server switches. But remember, these are all expected features of paid VPN subscriptions. I wouldn’t tolerate a paid service limiting my bandwidth. I also found it odd that the website claims “best in class security and encryption.”

Yet again, I find myself wondering what the heck that’s supposed to mean. After a little digging, I was able to find the security protocols in use, as follows: 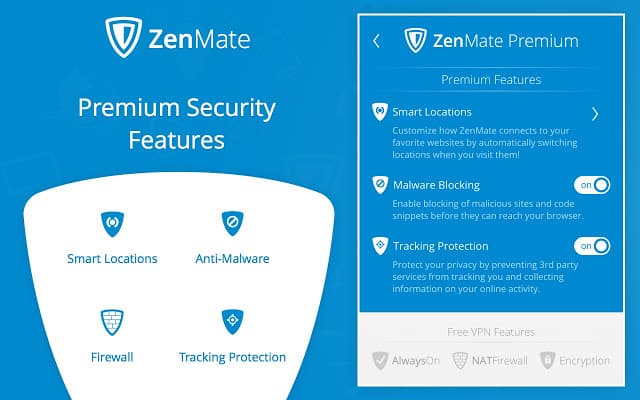 Furthermore, ZenMate has a good logging policy. They do not in any way log user data and activities. However, like just about every other provider, ZenMate does log some metadata for the operation and maintenance of their network and user accounts. The following is information that ZenMate logs:

All in all, none of the information they keep is sensitive or damning evidence. But even though this metadata can’t really do anything to harm your privacy and is commonly collected among most other VPN services, I’d still prefer it to not logged.

It may sound a little illogical, but I’d rather a service keep 100% zero logs instead of only abstaining from logging customer data. At any rate, ZenMate is undoubtedly secure by means of strong encryption protocols and a solid privacy policy that won’t intrude on your online activities.

To run the speed test, I made a connection with a VPN server and ran a test through speedtest.net to look for latency and relative bandwidth. The results of the speed test are as follows:

I also tested out some YouTube videos as well as some small file downloads. I didn’t seem to have any problems, and I could browse the web just fine. I do wish the service was a little bit faster, but I’m only on a 5Mbps Internet connection, to begin with.

Given that VoIP calls, which are highly sensitive and demanding types of traffic, require 300ms round trip for a smooth and intelligible call, I think latency of only 222ms is acceptable. Most of the latency was likely due to the fact that my data was crossing an entire ocean before hitting its destination, and has little to do with the VPN server. 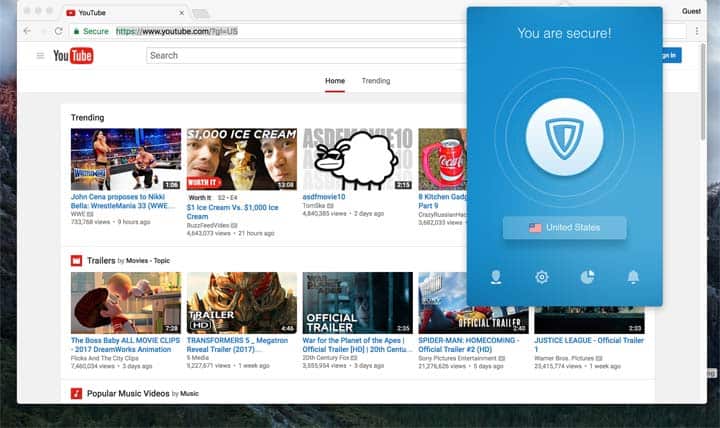 ZenMate definitely isn’t my favorite provider, but I think they appeal to a specific portion of the market. Basically, I think ZenMate is a good option under the “cheap VPN” category, which isn’t to say that they offer sub-par service. Actually, I think ZenMate does a fine job of securing data with encryption so that users can browse the web with enhanced security, anonymity, and peace of mind.

However, I’m not sure that they would be my first choice for a couple reasons. The first reason is that the size of their global network simply can’t compete with the big dogs in the industry. Even PIA VPN has servers in 26 countries (as opposed to ZenMate’s 23 countries) and only costs $3.33 per month.

But if you only foresee connecting to a couple of countries to unblock content anyway, there’s no point in shelling out the big bucks for a service like ExpressVPN, which costs $8.32 per month with an annual subscription.

The service really just didn’t have any features that really made me say “wow.” Instead, it seems to cover all the bases and tick all the boxes for what you need to be secure online. So, I’d say that if you want a solid VPN service without the extra bells and whistles, ZenMate is a decent option.

As a final thought, note that other providers pretty close to their price range include IPVanish and VyprVPN, which only cost about $1.50 more per month with an annual subscription.