Trend Micro vs McAfee: Which is Better?

For computer and mobile phone users, security is one thing at the top of their concerns. If you have been looking for a way to secure your devices, keep out viruses, and making sure hackers don’t steal your identity, then you will have come across the security products made by McAfee and Trend Micro.

What are the differences between these two?

Continue reading and discover how each of these two top antivirus software works, how much they cost, plus what are the things that you can expect from each. We will then help you choose the best one for you and explain our recommendations.

Trend Micro: What You Need to Know 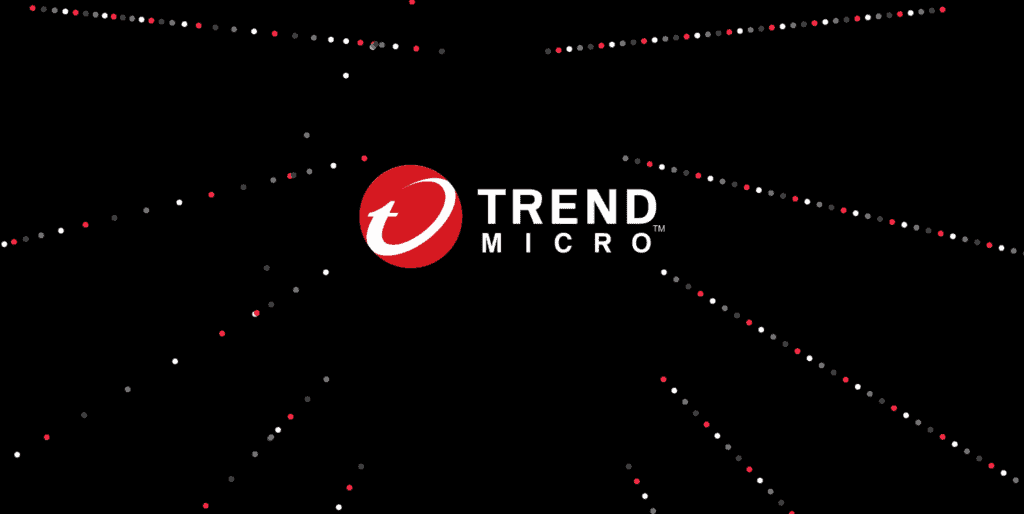 Trend Micro Inc. develops cybersecurity solutions. They’ve been operating for more than three decades, having opened their doors in 1988.

Trend Micro doesn’t have its own firewall, but it has the Firewall Booster feature to keep track of data traffic to keep you safe from botnets and hacking attempts.

There is a hardened browser that can help you make safe payments on your device.

This antivirus also has excellent parental controls that can help you keep your child safe online.

More than these, Trend Micro also offers encryption for your files, while the Secure Erase feature can wipe out your hard drive completely.

Trend Micro tends to catch your attention with a huge SCAN button taking up much of its main interface.

The top part has four different sections that allow you to access the parental controls, data-related features, and privacy settings. The Device section will give you access to the security settings, PC Health Checkup, and mute mode.

You can also schedule when the program will scan your system or have it pick the best time.

Trend Micro’s support team is available from Mondays to Fridays from 9 a.m. to 5 p.m. PST. You may also reach them via online chat or e-mail.

Trend Micro has several products and tiers that you can get. To wit:

Aside from these, Trend Micro also offers:

McAfee: Everything You Need to Know 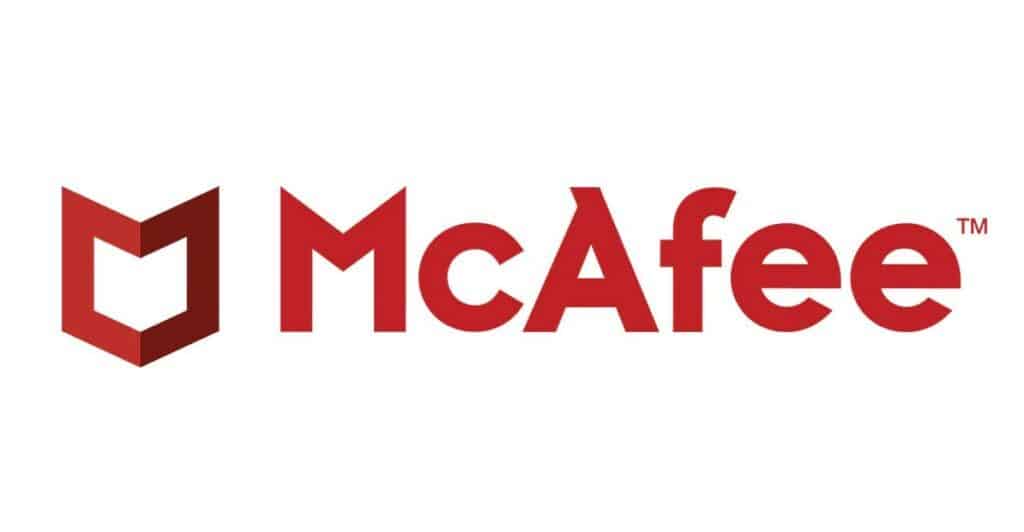 McAfee is probably one of the first antivirus companies: it was founded in 1987. Today, their antivirus programs are used by:

Unlike Trend Micro, McAfee makes it easier for you to choose the appropriate product for your needs. The company only offers three tiers:

McAfee’s offerings are not limited to its antivirus software. It also includes accessing virtual private networks, which enable you to keep your identity safe while you’re online. You also get encrypted storage, home network security, and performance tuning services. Their secure web browsing technology also protects you.

McAfee also makes security easier for you with their password manager and the McAfee Shredder feature. And if you get stumped, you can rely on their team of experts to help you out, even over online channels.

You get all of these with McAfee’s lowest-tier plan. add $5, and you can also get the McAfee Gamer Security and keep yourself safe from getting your identity stolen.

Lastly, if you need parental controls, you can avail of the Family Coverage plan and access this very nifty feature.

To help you decide on which tier is best for you, here’s a side-by-side comparison of what each plan includes. Take note, however, that McAfee gives you more discounts if you opt for a two-year protection plan. This option is only available for the Multiple Devices and Family Coverage tiers. If you choose the Single Device plan, you can only pay for it every year.

McAfee makes it easier for you to make sure that you keep your identity safe while online. It puts together all the privacy and security features it has, such as the file shredder, tracker remover, data shredder, and password manager in the identity tab.

McAfee allows you to ensure that your device doesn’t have security flaws such as outdated software, weak or easy to guess passwords and even system software with security holes. You can also be safe from phishing.

You also have access to a two-way firewall. Other features you should know about include:

The 2021 version of McAfee has a new interface that helps you quickly find what you need. You can access features according to your needs, with three tabs on the main interface:

If you get stuck, you can rely on the company’s customer support for help. You can chat with them, round the clock, and even call them via phone. They also have Twitter and Facebook customer care representatives on standby.

The company also has a lengthy and comprehensive knowledge base.

McAfee vs Trend Micro: How They Perform

While end-users might find it difficult to gauge which antivirus program works well for their needs, there are independent tests that can give you an idea of which one works better:

What do these testing organizations say about these two antivirus companies?

According to AV-Comparatives, McAfee blocks 99.4 percent of the threats tested from February to March 2021. Out of 354 test cases, it only had five false positives.

Trend Micro, on the other hand, was able to block all of the threats. However, there were a higher number of false positives at 14.

The thing with false positives is that legitimate software and applications are blocked by your antivirus, rendering it useless. Instead of being able to run a program, your antivirus will stop you from doing it.

Worst case scenario is that your antivirus will quarantine a file that is essential to running your computer, and this might lead to severe consequences.

For April 2021, AV-Test conducted several tests on both McAfee and Trend Micro. They found that McAfee could detect and block all the most prevalent and widespread threats out there and had a perfect record in securing new vulnerabilities.

On the other hand, Trend Micro did similarly well in blocking all known threats but had a bit of a problem with zero-day vulnerabilities. AV-Test also tested for how much each antivirus software slowed down a machine. It found that Trend Micro generally uses up more resources than McAfee, which results in a marked slowdown in your computer’s performance.

With SE Labs, tests showed that McAfee was able to:

Apart from these tests, what other differences are there between McAfee and Trend Micro?

With McAfee, you can protect a device for as low as $0.29 per month, while Trend Micro’s best deal will require you to spend $0.58 per device per month. These figures are for the first two years when the discounted pricing is still in effect.

McAfee gives you the peace of mind that you’re being protected from most threats that most families and individuals face when they’re online or using a computer.

Trend Micro’s offers can be pretty confusing, with additional services and protection being offered as separate packages.

As you can see, three different testing organizations have rated McAfee higher than Trend Micro. From their tests, it’s easy to see that McAfee detected both zero-day and widespread vulnerabilities, while Trend Micro would falter in some instances.

Trend Micro also tends to slow your computer down more than McAfee.

Trend Micro vs McAfee: Which One Should You Buy?

Before recommending one of these as your go-to antivirus, let’s first look at what each one brings to the table:

The Bottom Line on Trend Micro

Trend Micro has good antivirus protection with some more features that customers will see only in high-end software suites. However, it does take up many of your computer’s resources and can slow it down significantly.

The Lowdown on McAfee

McAfee does an excellent job of keeping you secure online and protected from malware and viruses. Not only that, but they also give you reasonable pricing, especially if you consider that each license can protect up to 10 devices.

You’d have everything you need without having to pay much. However, some features are missing here, such as not having any protection for webcam hijacking. You also cannot use McAfee to make your browser extra secure if you’re on an online shopping site.

Which One Is Best For You?

McAfee and Trend Micro are two of the best antivirus and security suites out there, and you can probably go with either one without compromising your devices, systems, and computers. They work as they should.

However, it’s the little things that set them apart:

When it comes to antivirus systems, you cannot go wrong with either Trend Micro or McAfee. But McAfee works better, protects you more, and is cheaper than Trend Micro.

Alvin has been reviewing different types of technology from QR codes to the latest smartphones and robot vacuums for over a decade. Outside of technology, he writes about a wide variety of topics, including buses, travel, bankruptcy, healthcare, and cannabis. He was once so addicted to online shopping that he was on a first-name basis with delivery guys and courier services -- and he shares his passion with all of you!